PULLMAN, Wash. – Washington State University fans got a first peek at a new round of “Go Cougs!” television commercials during last week’s football game against Rutgers. 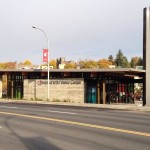 PULLMAN, Wash. — A Celebration of Life Ceremony honoring the life and legacy of former Washington State University President Glenn Terrell was held Thursday in the Terrell Library Atrium on the WSU Pullman campus. Dr. Terrell, who served as president from 1967 to 1985, died Friday, Aug. 30, at the age of 93.

PULLMAN, Wash. – It’s Dad’s Weekend and Armed Forces Appreciation Day at Washington State University this Saturday, when the 4-2 Cougars will take on the Oregon State Beavers in a sold-out Pac-12 football matchup beginning at 7:30 p.m. in Martin Stadium.

PULLMAN, Wash. – Washington State University is one giant step closer to having a new Museum of Art on its Pullman campus, thanks to a multimillion dollar contribution by one of the leading arts patrons in the United States.

RICHLAND, Wash. – The Cougar flags blowing majestically in the breeze were ideal for the site of the Wine Science Center at Washington State University Tri-Cities, noted Washington Gov. Jay Inslee. 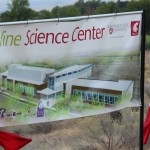 “Red and white are the colors of the best wine we make in Washington state,” he quipped to the audience of 200 community, university and grape and wine industry attendees at this morning’s groundbreaking ceremony in Richland.

“We believe in wine and we believe in science. We are marrying those two things today,” Inslee said. “The Wine … END_OF_DOCUMENT_TOKEN_TO_BE_REPLACED

PULLMAN, Wash. – Fresh on the heels of two tough road games and an upset win over perennial Pac-12 powerhouse USC, the Washington State University Cougar football team returns to Martin Stadium at 3:30 p.m. this Saturday, Sept. 14, to take on the Thunderbirds of Southern Utah University.

By mid-week, fewer than 3,000 tickets remained available for the Cougar’s 2013 home debut. As always, the WSU football home weekend will be packed with a variety of activities and events for the Cougar faithful of all ages. The festivities will begin Friday when the Cougar Women’s Soccer hosts UNLV at 2:30 p.m. in a game … END_OF_DOCUMENT_TOKEN_TO_BE_REPLACED

OLYMPIA, Wash. – Three Washington State University scientists have been elected to the Washington State Academy of Sciences, the scientific organization established to offer advice on science policy in the state.

They will join 24 others from around the state when they are inducted during the academy’s fifth annual meeting in Seattle in September.

The new WSU members are:

•  K.W. Hipps, professor of chemistry, materials science and engineering, and chair of the Department of Chemistry.