PULLMAN, Wash. – Washington State University and the Palouse Discovery Science Center will continue a series of talks to help the public learn about science and research in an informal atmosphere — no science background necessary.

Titled “Science Pubs,” the public is invited to participate in the series, 6 p.m. Tuesday, May 15, at the Old Post Office location of Paradise Creek Brewery.

Jacob Leachman, associate professor in WSU’s School of Mechanical and Materials Engineering, and Squeak Meisel, associate professor and director of fine art, will connect art and science through their Science Pub talk titled, “Let’s Fly in a Flammable Bubble.” The two speakers will show the art of many bubble forms and how they connect to the science and engineering of aerospace vehicles.

“Frank Oppenheimer, founder of the infamous Exploratorium, once said, ‘Art, for it to be valid, must correspond to a plausible human experience.’ Science, in turn, can be viewed as the never-ending endeavor to understand the human experience,” said Leachman. “Connecting the two, we realize that art and science form a synergistic duality. The art and science of hydrogen is pushing the bounds far beyond the plausible.”

In 2010, Leachman initiated the Hydrogen Properties for Energy Research — or HYPER — laboratory at WSU to advance the Technology Readiness Level of cryogenic hydrogen systems. He is the lead author of the reference text “Thermodynamic Properties of Cryogenic Fluids: 2nd Edition.”

Meisel has several permanently sited art works in Seattle and has exhibited his temporary site-based works both nationally and internationally. He was one of 28 finalists for the Portland Art Museum’s 2013 Contemporary Northwest Arts Awards and was added to the Washington State Arts Commission’s roster of artists for 2013-18. He received the Public Art of the Year award from Americans for the Arts Public Art Network 2013 year in review.

The partnership between WSU’s Entrepreneurial Faculty Ambassadors (EFA) and the Palouse Discovery Science Center was established to share science and research expertise at WSU with local communities. The partnership also strengthens ties between university researchers and the public at large.

The Science Pubs will raise money to support the Palouse Discovery Science Center, which brings hands-on science and learning experiences to people of all ages. Established in 1999 as a nonprofit organization, the Palouse Discovery Science Center strives to enhance scientific literacy by making science fun and accessible through the use of 75 interactive exhibits, educational programs, teaching collections and science education.

The WSU EFA is comprised of faculty with experience in translational research and technology commercialization that are consistent with university’s land-grant mission. Launched in January 2016, the EFA recognizes and supports outstanding accomplishments and initiatives in innovation, commercialization, entrepreneurship, and outreach by WSU scholars and researchers.

“We are excited to be able to partner with the Palouse Discovery Science Center to help bring WSU research and its impact to the local community,” said Brian Kraft, assistant vice president of WSU’s Innovation and Research Engagement Office. “Our goal is to make science fun and interesting to residents in the region. Science Pubs provides a chance for WSU researchers to be accessible to people who might have an interest in science and research, but don’t necessarily have a direct link to the researchers.”

As part of the series, Science Pubs will continue in the fall and be held in September and November 2018. A donation of $5 is suggested, but not required to attend. All proceeds will go to support the Palouse Discovery Science Center. Paradise Creek Brewery is located at 245 S.E. Paradise St., in Pullman.

Abstracts for Academic Showcase and GPSA Research Exposition due next week

WSU’s annual poster sessions allow faculty, staff, and graduate students to share their knowledge and innovations. Aspiring participants must submit abstracts of their work by 11:59 p.m. on Tuesday, Jan. 18. 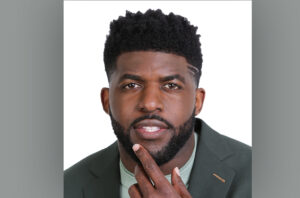