Viruses attack a small number of proteins in plants, but those attacks are enough to hijack an entire organism.

Predicting which protein a virus will attempt to hijack can help in building a defense against the attack. But plants make thousands of proteins, making this kind of prediction very difficult. At least for humans.

Enter artificial intelligence (AI). A research team led by Washington State University professor Hanu Pappu has used AI to predict a handful of likely proteins that a virus could attack in plants.

“I’ve been following the application of AI in biology for several years, and thought it had the potential to predict different players in virus-host interactions,” said Pappu, Sam Smith Distinguished Professor and Chuey Endowed Chair in WSU’s Department of Plant Pathology.

Pappu and his team tested AI software on cotton plants, since scientists are familiar with that plant’s proteins. They went from thousands of possible proteins down to two likely targets for the virus that causes cotton leaf curl disease.

They then tested those likely targets and validated one of the plant proteins, which plays a critical role in plant metabolism, as one that the virus attacks.

Pappu worked with molecular virologist Imran Amin at the National Institute for Biotechnology and Genetic Engineering in Pakistan; Fayyaz Minhas, a computer scientist at the Pakistan Institute of Engineering and Applied Sciences; and with Amin’s PhD Student Hira Kamal, who worked in Pappu’s lab with the help of a visiting PhD student fellowship. Their findings were recently published in the journal Frontiers in Plant Science.

Drawing on the expertise available at the WSU’s Franceschi Microscopy & Imaging Center, they were able to actually localize these interacting proteins inside the plant cell.

Viruses are smaller than the plant cells they invade and complete their entire life cycle within their host cells. During the infection process, they take over the host cell’s machinery and divert the host’s resources for their own proliferation.

“Viruses, though considered primitive, are some of the most intelligent, efficient, and ruthless hijackers on the planet,” Pappu said.

Worldwide, viruses cause millions of dollars worth of damage to crops each year and hinder our food supply. Finding new ways to fight them would save money and lives.

Finding the targeted proteins is the first step in a new way to fight viral attacks. Once these targets are found, it is possible to intervene and restrict the virus from hijacking the plant proteins. This approach has potential application to other crops including fruit trees, potatoes, and grapes.

“The field of computational biology has great potential for unraveling these complex plant-virus interactions,” Pappu said. “What we learned would enable us to devise new ways to interfere and even prevent this hijacking by viruses and eventually make plants resistant to viruses.” 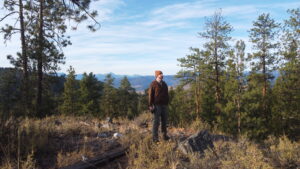 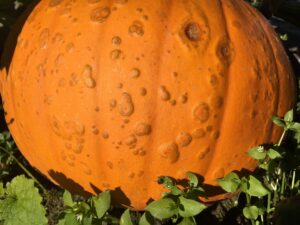