A great Pyrenees-mix pup with a deformed hind limb is inching closer to having full use of all his legs thanks to a team of veterinary professionals at Washington State University – including his owner, third-year surgical resident Rachel Dickson.

Dickson adopted the puppy – since named Pasta – in June when he was about nine weeks old. She was told Pasta had suffered an unknown injury to his right hind leg at some point, but she expected the ailment would heal with time.

“When we got him, his gait was a little bit abnormal, but we weren’t that worried about it,” Dickson said. “But after a couple of weeks, because he was growing so fast, it was getting way, way worse. His gait was even more abnormal, and his leg wasn’t growing.”

X-rays and a CT scan in the Diagnostic Imaging service at WSU’s Veterinary Teaching Hospital revealed Pasta’s injuries were extensive. His tibia had suffered multiple fractures, and while the breaks had healed, they had done so abnormally. The imaging also showed the growth plate in the tibia had been damaged, and the bone was no longer growing as it should in a young puppy.

“It was worse than I thought it was going to be,” Dickson said. “If this had been someone else’s dog I could have thought of a way to fix it, but when it came to my own dog, I didn’t know what to do.”

Fortunately, Dickson had highly experienced and trusted colleagues she could turn to, including orthopedic surgeon Peter Gilbert.

“Pasta’s leg was quite deformed,” Gilbert said. “It was shorter than the other one, and it was bent and rotated. He couldn’t put it on the ground.”

Gilbert, who was assisted by Dr. Brittany Hyde, a small animal surgery resident at the time, performed the surgery to repair the leg in mid-July. While it was a complicated procedure, the team had practiced and prepared using a 3D-printed model of the bones in Pasta’s legs created by WSU radiologist Thomas Wilkinson.

“We had to correct two things,” Gilbert said. “His foot was rotated externally about 40 degrees, and it was also bent by about 40 degrees, so we straightened the bend by making a cut in the tibia to create an artificial fracture. We also rotated the foot to align the joints in the leg.”

Pasta’s leg also had to be lengthened. For that, an external fixator device, which keeps fractured bones stabilized and in alignment, was used. The device is partially implanted in tissue and bone, but a portion remains external. It can be manually adjusted to lengthen the bone using a process called distraction osteogenesis in which the two pieces of the bone are slowly pulled apart as new bone grows to fill the gap.

“After 20 days, we got the legs to be the same length,” Gilbert said. “Now we are just trying to match the growth in his other leg.”

Since the damaged bone in Pasta’s leg will no longer grow on its own, he will need an external fixator device until he reaches maturity. Because Pasta has a great deal of growing left, larger devices will need to be implanted, meaning he likely has at least two more procedures ahead.

“It doesn’t look like we are getting much growth on the leg we operated on, which means we have to do it all for him,” Gilbert said. “And being that he’s a puppy, he’s got a way to go.”

In the meantime, Pasta is a frequent visitor to the teaching hospital’s Integrative Medicine and Rehabilitation service, where he undergoes physical therapy with Dr. Jessica Bunch and veterinary technician Lori Lutskas to learn to use his leg again.

“When you take a dog that couldn’t put his leg on the ground,” Gilbert said, “it is very rewarding to know that we are giving him a chance to have full use of his legs.” 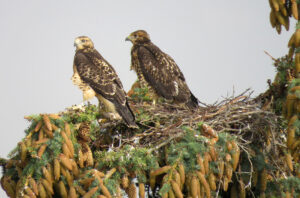 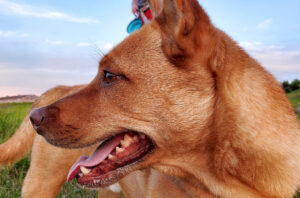