PULLMAN, Wash. – Google’s “Loretta” ad about an aging widower’s use of technology to relive his most cherished memories, along with others that used storytelling and emotion effectively, were among the best commercials aired during this year’s Super Bowl broadcast, advertising experts from Washington State University said.

Like much of America, faculty and students at WSU’s Edward R. Murrow College of Communication spent the day after the Super Bowl evaluating the TV commercials produced for one of the most coveted broadcasts of the year.

But what exactly makes for a good Super Bowl commercial?

Google’s “Loretta” ad hit that mark perfectly, Barnes said. Plus, it demonstrated to an older audience, who might be adverse to technology, how straightforward Google’s product is.

“But,” she added, “people are also becoming more aware of who is telling the story, and I also saw some backlash to ads that elicited an emotional response because people already feel manipulated by large technology companies.”

To work, Super Bowl advertisements must grab viewers’ attention and keep them interested during a time traditionally used to visit the restroom or grab a snack, said Corrie Wilder, a clinical assistant professor and director of the Edward R. Murrow College of Communication’s marketing and communications.

Messages of female empowerment were prominently on display this year, Wilder said.

“The NFL (and its advertisers) see that women are a prominent part of the fan base, and they’re making sure to talk to us now,” she said.

A student in Wilder’s Monday morning class took issue with the political advertisements that ran during the game, saying that sports is traditionally a time for her family to come together.

It’s a reaction Waananen Jones also observed among viewers after the game.

“I saw a lot of people upset about seeing political ads during the Super Bowl, regardless of how well the ads are produced, because people don’t want the real-life conflicts of election politics intruding on their entertainment event.”

Other students in Wilder’s class appreciated the use of celebrities, who’ve long been a feature of the big game’s advertising breaks.

“The Super Bowl is one of the few things our grandparents watch alongside members of Gen Z,” Barnes said. “Celebrities tie everyone together, give us something to talk about, and are relatable to all different demographics.”

In that respect, Doritos’ “The Cool Ranch” ad featuring beloved character actor Sam Elliott and newcomer Lil Nas X was a major success in his eyes.

Companies pay a premium to have their products on display during the largest sporting event in America, approximately $5.6 million for a 30-second spot. And they likely pay a premium for the most prestigious commercial slots, such as immediately following the National Anthem and the halftime show. 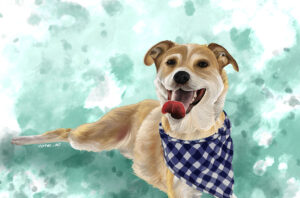 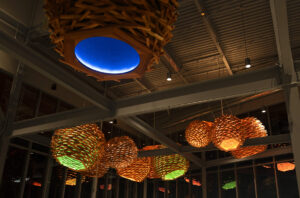