The top two floors initially were going to be left as uncompleted shells for later expansion when the original funding request fell a bit short. Now, the university expects to save a significant amount of money by using internal funds to keep crews around to complete the entire building, rather than bringing them back later to finish it up when material and labor costs are likely to be higher.

“We think now is the right time to finish this project while crews are on site rather than bringing them back and incurring additional expenses,” said Stacy Pearson, vice president for finance and administration.

Regents who attended Wednesday’s meeting via teleconference unanimously approved the request, agreeing to raise the project’s budget by $600,000 for a total cost of $66.6 million. WSU expects the top floors of the building to be done by October 2020.

The Plant Sciences Building, REC5, originally was approved by the Board of Regents in May 2017, with a total project budget of $66 million, contingent on receiving funding from the Legislature. WSU received $52 million in the state’s 2017-19 capital budget toward construction costs, $6.9 million less than the $58.9 million university officials had anticipated.

As a result, the university originally planned to leave the top two floors as shells. Following board approval on Wednesday, it will instead use $7.5 million to complete the remaining floors using a combination of reserves from the College of Agricultural, Human and Natural Resource Sciences, revenue generated by the WSU Creamery and facilities reserves, Pearson told regents.

In an effort to raise revenues from the WSU Creamery, production of Cougar Gold cheese will increase to 300,000 cans annually, up from 237,000 cans in 2017. The price of a 30 oz. can of Cougar Gold will also increase next year to $24, up from the current $22 per can. It costs approximately $18 to produce a can of Cougar Gold, André-Denis Wright, dean of CAHNRS, told members of the Regent’s Institutional Infrastructure Committee last month.

“Proceeds from Cougar Gold cheese have always gone to student learning and education, and now we have an opportunity to apply a nominal portion of those proceeds to much-needed facilities that make that learning possible,” Wright said.

WSU President Kirk Schulz cited the need for new office space—particularly as the university eyes future development and addressing its $1.4 billion in deferred maintenance needs—in support of the proposal.

“This will give us better space immediately and it will help us in the years to come to do this now,” he said. 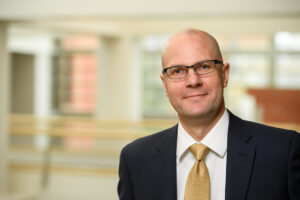