Part two of a two-part series describes changes in the WSU Libraries over 25 years. Part one covered the history of Terrell Library.

About the time Terrell Library was being constructed in the early 1990s, the Washington State University Libraries as a whole had yet to launch a website. Today, the libraries’ website, which recently underwent a makeover, gets more than 1.3 million page views a year and averages more than 3,600 a day.

This is just one of the many ways WSU Libraries have changed over the past 25 years. The rapid pace of technology and the internet have transformed the libraries like many other areas within the university. What follows is a sampling of the libraries’ evolution since 1994, when construction on Terrell Library was completed.

On the technical side 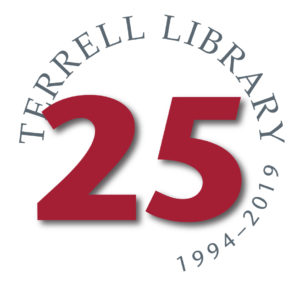 Twenty-five years ago, the WSU Libraries had yet to start digitizing unique and local digital content, according to Alex Merrill, head of systems and technical operations.

“Now the libraries manages more than 300,000 pieces of unique and local digital content ranging from photos and documents to 3‑D models and rich‑media presentations, which receive more than 30,000 page views a month,” he said.

WSU Libraries shared an online catalog, called Griffin, of primarily print materials with the Eastern Washington University Libraries 25 years ago, Merrill said. This only searched a subset of items held at both institutions, less than two million records.

“Today, WSU Libraries’ users can search through more than 300 million items from libraries and publishers around the world,” he said.

In the early 1990s, WSU Libraries were part of the six‑member Cascade consortium, and the closest lending relationships were with the University of Idaho and EWU, Merrill said. Now the libraries are part of the Orbis Cascade Alliance along with 37 member institutions in Oregon, Washington and Idaho. The WSU Libraries share more than 250,000 items a year and serve more than 275,000 students.

On the public services side

Reference service was offered in person, by phone and by postal mail 25 years ago, said Associate Dean Beth Blakesley. Email reference was just catching on in some places in 1994. Today, WSU Libraries offer reference service 24/7 through chat technology and consortial arrangements, in addition to in person, phone and email.

In 1994, librarians offering instruction to users spent a good deal of time on mechanics, Blakesley said. The “world wide web” had just emerged, and CD‑ROM databases were converting to online.

“Library employees did a lot of typing, and we had just begun moving toward word processing,” said Access Services Manager Sue Shipman. “Many library employees shared typewriters and even a computer. The internet was very new, and we were only starting to use it for anything.”

The Association of Research Libraries (ARL) keeps statistics on academic libraries around the country. A comparison of ARL figures for WSU Libraries 25 years ago to the present follows:

“Computer skills weren’t as ubiquitous, and we spent a lot of effort teaching people how to navigate systems and how to interpret the results, in addition to search strategies and research methods,” Blakesley said. “As people became computer literate, library instruction transformed into information literacy instruction, shifting the focus toward search strategies, source evaluation and other higher‑level concerns, like ethical use of information.”

Many people did not yet have a personal desktop computer, much less a laptop, in 1994, Blakesley said.

“Tablets, smart phones, and other mobile devices—and our need to design our tools to display correctly on them—were in the future,” she said. “Public computers were in great demand, since no one had a computer with them.”

Twenty-five years ago, people may have been searching indexes online, but there was still the need to locate the sources in paper formats, Blakesley said. The last couple of decades have seen an explosion in the amount of content that is now available digitally.

“Library instruction and reference service in the days before the ‘Find It’ button also included helping people figure out how to take database results and efficiently search the catalog for location information,” she said.

Although the majority of journals are now online, this wasn’t always the case. In 1994, as Shipman recalled, most journals arrived in paper format and underwent a lengthy physical check-in process.

In 1994, many academic libraries like WSU Libraries still had their card catalogs intact, as online catalogs did not yet include all older materials, Blakesley said.

“Today, discovery systems like WSU’s Search It offer access to a wide array of resources, not only books, but also articles,” she said. “Many items are available online in full‑text formats with another click.”

People were just learning how to download search results to their floppy disks 25 years ago, Blakesley said. Flash drives weren’t introduced until 2000.

“Printers got a workout with people printing out catalog information, such as call numbers and locations,” she said. “Now people can send information from the library website to their phone and go find a book.”

Support the next 25 years of Terrell Library by making a donation to the Glenn Terrell Endowment for Excellence in Student Services. Your gift will help provide crucial funding in a number of areas, including the acquisition of cutting-edge technology; design and implementation of collaborative learning spaces; and access to a rich array of electronic and print resources.