A gift from Judge John Rossmeissl made it possible for WSU political science students to present a mock trial in the U.S. Bankruptcy Court for Washington’s Eastern District. 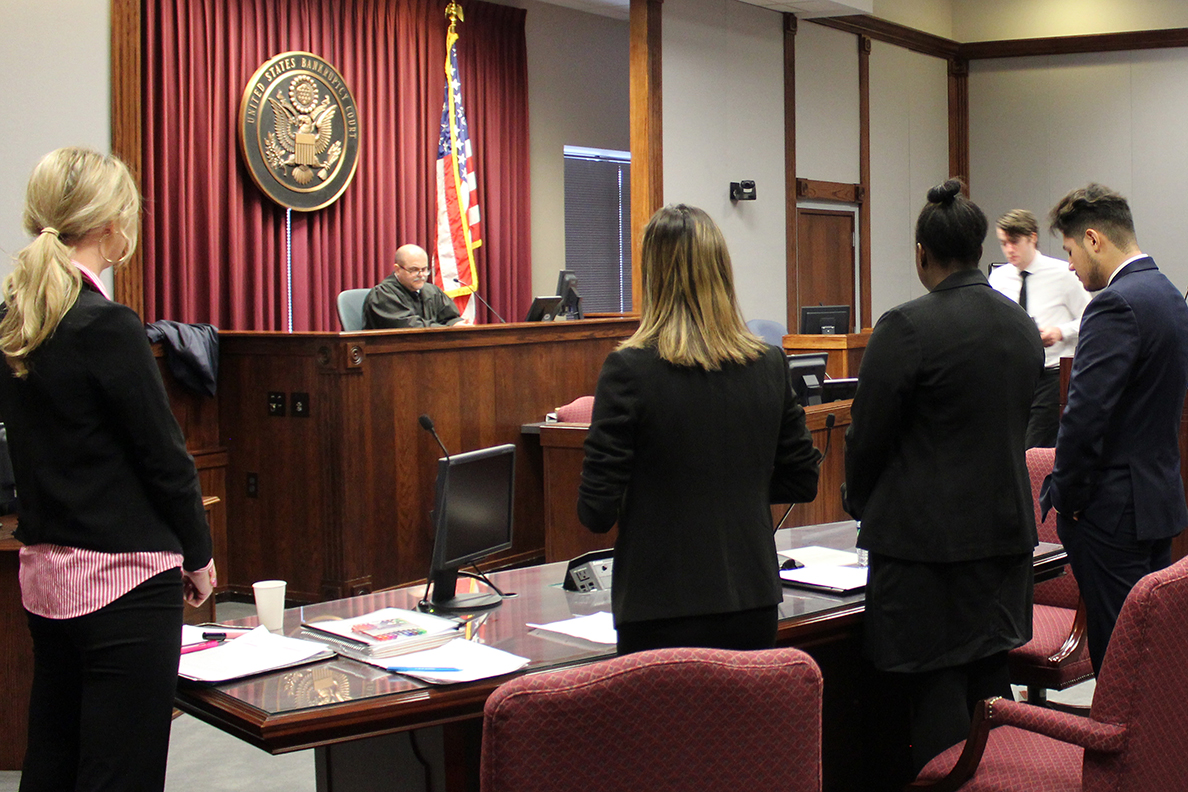 Teens learn about government during conference

PUYALLUP – Nearly 300 Washington state youth and adults from around the state will learn how the judicial process works at the annual WSU Extension 4-H Know Your Government Conference in Olympia, February 14-17. Teen participants will take on the roles of attorneys, jurors, witnesses and reporters in mock trials. Washington Supreme Court Justice Richard […]

Pullman – Washington State University’s Mock Trial Team, under the leadership of Mitch Pickerill, associate professor of political science, has once again won a spot at national competition. The tournament will be held in St. Paul, Minn., hosted by Hamline University, March 16-18. “It’s astounding,” said Pickerill. “We are still a fairly new program by […]