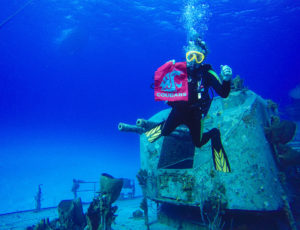 What’s your choice
for Movie of the Year?

The 2011 Academy Awards is scheduled for Sunday, Feb. 27. Take the WSU Today Poll and vote for your selection for Movie of the Year. The poll is located on the right side of WSU Today front page.

When loyal Cougars talk about motion pictures, many mention the 1985 movie “Volunteers” starring Tom Hanks and the late John Candy.

It is loved by them for Candy’s portrayal of WSU engineering graduate Tom Tuttle from Tacoma. It includes singing of the “WSU Fight Song” … END_OF_DOCUMENT_TOKEN_TO_BE_REPLACED

PULLMAN – The NCAA has ruled WSU student-athlete Dan Spitz ineligible for the first nine games of the 2010 season for violating the NCAA’s banned substance use policy.

Spitz, a redshirt sophomore defensive tackle on the Cougar football team, will be allowed to practice with the team throughout the season. Under the NCAA’s program, failure to comply with the policy results in the student-athlete being withheld from competition in all sports for a minimum of 365 days. Spitz will be eligible to compete for the Cougars when they host California, Nov. 6.

Experts from different areas of law – admissions officers, law students and legal professionals – will speak about how to prepare for law school, what law school is really like and how different fields of law compare to each other.

PULLMAN – Showing their pride in Pullman, Washington State University Cougar football team players and coaches picked up litter at different locations around the city on Friday afternoon, May 1.

PULLMAN  – WSU has moved its football game against Baylor up to Friday, Sept. 12, and will kickoff at 7:30 p.m. CDT in order to avoid complications caused by the approach of Hurricane Ike to the Texas Coast this weekend.

The game, originally scheduled to be played Saturday at 11:30 a.m. and to be televised nationally on FSN, posed potential travel problems to fans, to the Washington State travel party, as well as to FSN’s crew, the large majority of whom are from the Greater Houston area.

“We looked at all alternatives to be able to play this game,” said Washington State University Director of … END_OF_DOCUMENT_TOKEN_TO_BE_REPLACED

The Cougars will take on 13th-seeded Winthrop today at the Pepsi Arena in Denver, Colo. Today’s game starts at 4:30 p.m. pacific time and can be watched on the giant screen at Beasley coliseum. Doors at Beasley will open at 3:20 p.m. and consessions will be open.

All Cougar fans have been looking forward to this since the selections were announced Sunday…to read more of the 2008 NCAA Tournament Blog by Jason Krump, visit http://wsucougars.cstv.com/sports/m-baskbl/spec-rel/08-ncaa-tourn-blog.html

Scores on round one of the NCAA Big Dance, … END_OF_DOCUMENT_TOKEN_TO_BE_REPLACED

After winning three of four games against Oklahoma last weekend, the Cougars (13-5) will kick off their Pac-10 conference play hosting No. 12 California.

All two games against Cal are slated for 5:30 p.m. at Bailey-Brayton Field on Thursday and Friday. Saturday game will begin at 11 a.m.

The national ranking is the highest for WSU since 1994 when the Cougars were also ranked 25th.

PULLMAN (AP) — Darren Collison scored all of his 18 points in the decisive second half and freshman Kevin Love added 16 points and nine rebounds to lead No. 5 UCLA to a rugged 67-59 victory over reeling No. 17 Washington State on Thursday night.

Collison made all seven of his free throws and coolly shook off 0-for-4 shooting in the first half as the Bruins (21-2, 9-1 Pac-10) stayed one game ahead of Stanford atop the Pac-10. UCLA, which has appeared in two consecutive Final Fours, remained on its best … END_OF_DOCUMENT_TOKEN_TO_BE_REPLACED

Victory and the Sweet 16 were just one basket away several times on Saturday. But, despite their fearless, tireless efforts, the WSU Cougars fell victim at the end of double-overtime to the sometimes phenomenal 3-point shooting of the Vanderbilt Commodores. In the end, it was 78-74, as the Cougars ended an amazing season.Huge thanks to Coach Tony Bennett and the whole WSU team. What a great ride! For a variety of coverage on the game, click on any of the following links. Meanwhile, here are a few photos by Bob Hubner, WSU Photo Services.