The University is working with outside consultants to form a plan for how pedestrians and motorists can exist harmoniously in the future when financial resources are once again available. 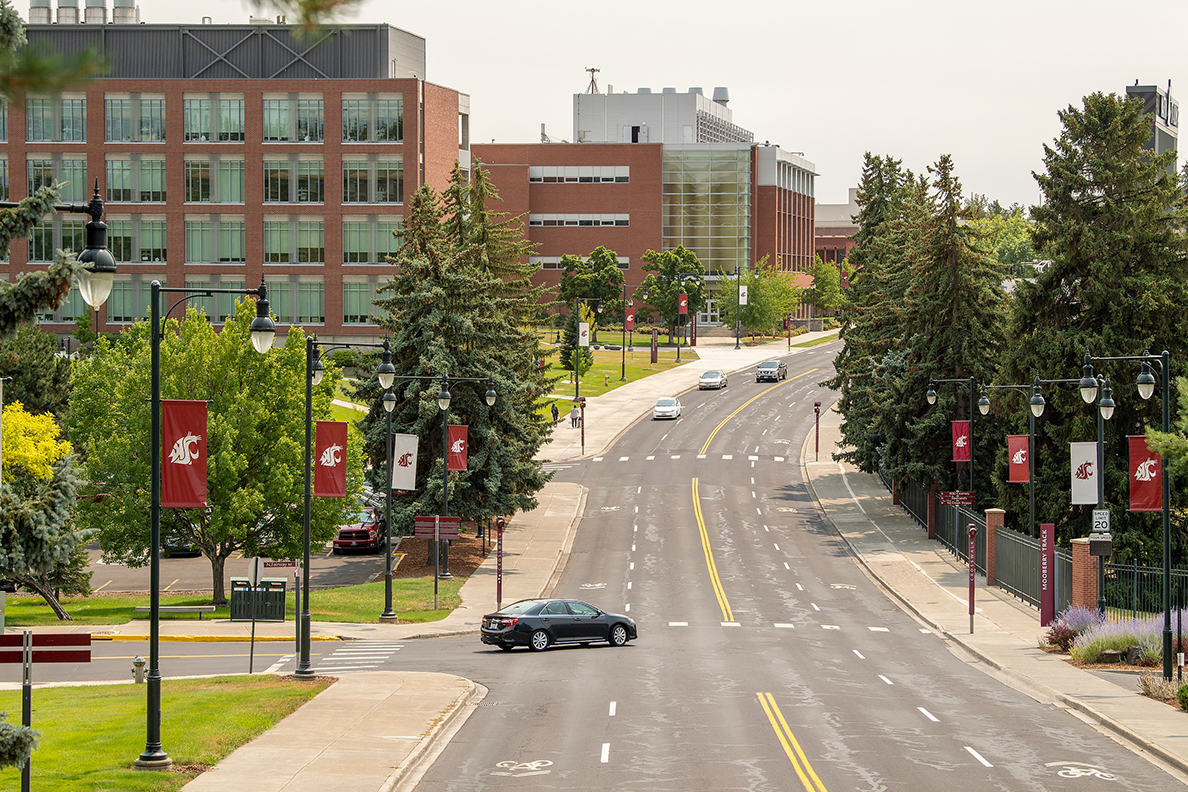 May 3: Learn about equity financing for entrepreneurs

PULLMAN, Wash. – For the small business entrepreneur, equity financing can be a lifeline or a noose. The devil is often in the details, according to Aziz Makhani, a certified business advisor with the Washington Small Business Development Center (SBDC).

Photos by Robert Hubner, WSU Photo Services and (those with dates) by Richard Kizer, Capital Planning and Development     PULLMAN – The familiar majestic cougars guarding the west entrance to Bohler Gymnasium were lowered from their perch on a cornice above the entry this morning so contractors could restore them to original […]

The waiting is over. Construction dollars are available in the upcoming budget to finish the Life Sciences Building in Pullman. And in the end, it was not even a debatable issue. It was the highlight of a record $180.6 million WSU construction budget released by Senate and House leaders after completing negotiations on the compromise […]

No funding for biotech building; nursing center gets $31.6M

Although the university’s top capital budget item —  a $57.1 million Biotechnology/Life Sciences Building in Pullman — failed to gain legislative approval, the state did provide funding for several other major projects in its final compromise capital construction budget, approved on April 21. Plus, there appears to be strong support for the project in next session or biennium. Lack of funding for the Biotech/Life Science building […]

Washington State University 2004 Operating Supplemental Budget Final Budget March 12, 2004 On the night of March 11, the last scheduled day of the 2004 legislative session, the Senate and the House of Representatives passed a compromise capital budget. The 2004 supplemental budget represents changes to the 2003 – 2005 biennial budget passed by the […]