There are around 1,500 students on the post 9/11 G.I. Bill attending classes across the WSU system. Pullman alone has more than 1,100 students who are veterans or military affiliated. 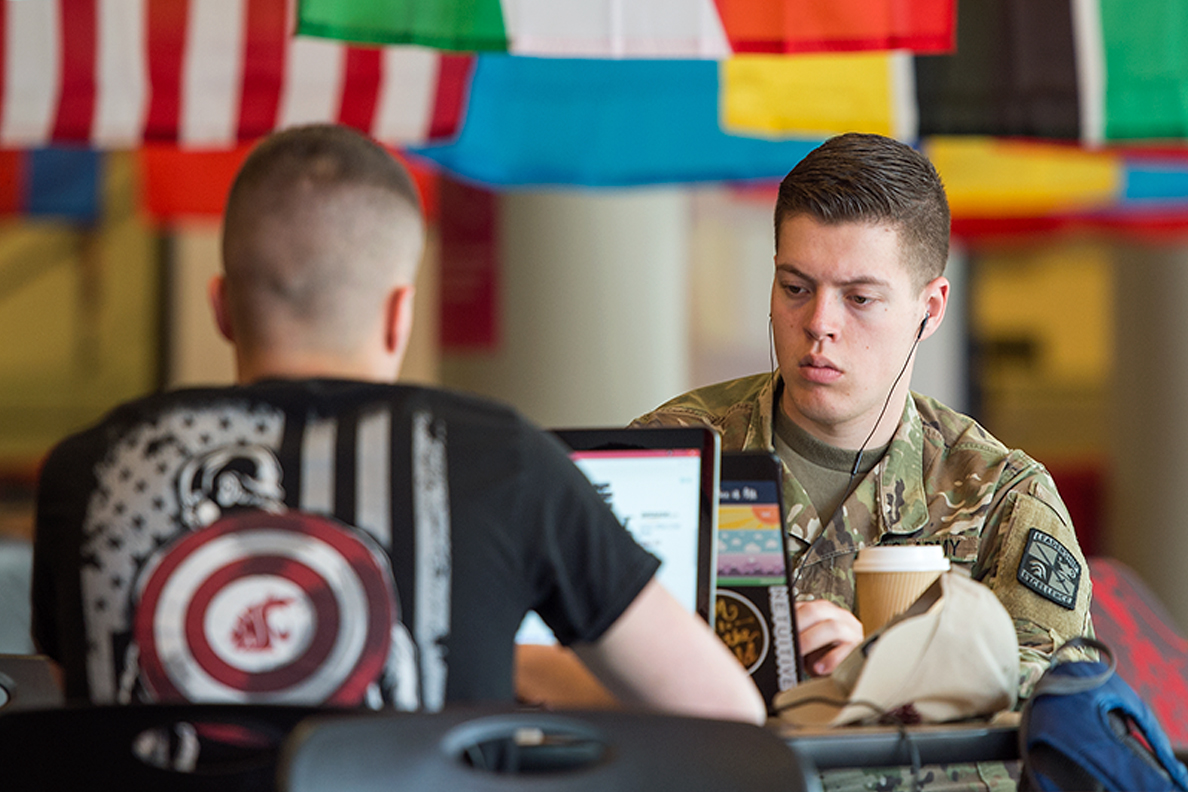 PULLMAN, Wash. – Washington State University student athletes excel on the field, court, baseball diamond and track, not to mention area rivers. Their success takes hours of hard work, dedication and discipline. Many of them also excel in the classroom. Read all of WSU President Elson S. Floyd’s Perspectives column here.

Scientists talk about standing tough in face of opposition

PULLMAN, Wash. – A Washington geologist who defended his theory of the Missoula flood when everyone else attacked it as wrong will be the subject of a free, public presentation at 7 p.m. Tuesday, Sept 24, in Todd 216 at Washington State University. The event ties to the WSU common reading book, “Being Wrong,” by […]

It’s not just what you know, but how you think

Related More information, visit education.wsu.edu/ferrucci. PULLMAN – Some students “get it” during a classroom science lesson, and some don’t.  Both groups would do better, said Jeana Simpson, if they would stop and think about their thinking.   Critical thinking is at the heart of Simpson’s mission to improve science lessons in the Nine […]

VANCOUVER – Students and faculty will present a showcase of their research, scholarship and artwork at the 5th Annual Research Showcase at WSU Vancouver. The event will be April 10 from 9 a.m. to 5:30 p.m. in the Firstenburg Student Commons; it is free and open to the public.  WSU Vancouver is a nationally recognized […]

Faculty in eight disciplines at WSU are among the most productive researchers in the country in their respective fields, earning a top-10 ranking according to a recent survey by Academic Analytics, a for-profit higher education consulting firm owned in part by State University of New York at Stony Brook. According to Academic Analytics, which began […]