PULLMAN, Wash. –  When given cash with no strings attached, low- and middle-income parents increased their spending on their children, according to Washington State University research. The study, published in the journal Social Forces, also found that the additional funding had little impact on child-related expenditures of high-income parents.

For the study, WSU sociologist Mariana Amorim analyzed spending by recipients of the Alaska Permanent Fund payments. Funded by state oil revenues, the fund is the closest program in the United States to a universal basic income. Every resident in Alaska receives a payment called a dividend; the total amount varies each year, but during the time span of this study, 1996-2015, payments averaged around $1,812 a person, or $7,248 for a four-person family, when adjusted for inflation to 2014 dollars.

Amorim found that after the lump sum payments, low- and middle-income parents made more education, clothing, recreation and electronic purchases for their children.

The findings contradict a common argument in the U.S. that poor parents cannot be trusted to receive cash to use however they want, said Amorim.

“The data suggests that lower-income parents are responsible using cash payments, so we don’t need to be so afraid to give poor people money that can help their families,” Amorim said. “Low-income parents do need to spend a greater part of the money they received on basic necessities—for instance to catch up on bills or to fix a broken car—but they still managed with the leftover amount to invest in their children.”

Amorim used 20 years of data from the Consumer Expenditure Surveys to analyze spending by Alaskan parents around the time they received annual payouts from the fund. She compared those spending patterns to those of parents in the continental U.S. who did not get the payouts.

Although all parents seemed to increase their child-related spending some after payouts, low- and middle-income parents increased spending in categories that may matter most to their children’s future, such as education. In contrast, high-income Alaskan parents showed no big jumps in child-related expenditures after the payouts, other than a modest increase in clothing purchases.

While the data could not reveal the exact reason, Amorim said the lack of significant change in child-related spending may indicate that high-income parents had already maxed out their spending in that area or that they were saving the money for future investments.

“We know that with their normal income, high-income parents do spend a lot on their children,” said Amorim. “High-income Alaskan parents may be saving a lot of the money from payouts, and that’s why we don’t see spikes in current spending. That is something I can’t investigate with this data, but if they are saving for college or a house down payment, we may see bigger inequalities in the future.”

While the study does have policy implications, Amorim cautioned that the Alaska program is not a perfect model for universal basic income policies. The Alaskan dividend is a one-time payment which affects the way people spend their money. For instance, research suggests that spending on electronics increases when people receive a lot of money at one time because they can afford those big-ticket items. If they were receiving a smaller amount of money every month, parents may choose to spend on items with smaller or more spread out costs, such as books or monthly lessons.

The universal nature of the one-time payments in Alaska, however, does provide key information on how lower-income parents spend their money compared to high-income parents, and how socioeconomic differences in spending decisions might affect future inequalities.

Applications open for Smith and TCI IDEA grants through March 13

WSU faculty with ideas to advance teaching and learning are invited to apply for the Smith and IDEA grant awards. Both funding opportunities must attend to issues related to inclusivity, diversity, equity, and access.

Applications open for Smith and TCI IDEA grants through March 13

WSU faculty with ideas to advance teaching and learning are invited to apply for the Smith and IDEA grant awards. Both funding opportunities must attend to issues related to inclusivity, diversity, equity, and access.

Ganapati Bhat, assistant professor in the School of Electrical Engineering and Computer Science, will use the National Science Foundation-funding to create more flexible, versatile devices that can be worn in regular clothes. 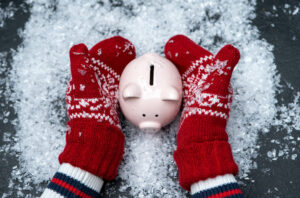