A statewide book tour for one of the latest titles from WSU Press is kicking off Monday on the Pullman campus with a public gathering that features the co-authors, as well as WSU President Kirk Schulz and others.

Cashup Davis: The Inspiring Life of a Secret Mentor chronicles one of the Washington Territory’s first celebrity homesteaders and draws from his life to illuminate some of today’s pressing questions: How do you define success? What will be your legacy? Do you chase your dreams or listen to doubters?

The kickoff event is set for 9:30 a.m. Monday on the Cashup Davis balcony of the WSU Alumni Center on the Pullman campus.

Co-written by Davis’s great-grandson, Gordon W. Davis, and investigative reporter Jeff Burnside, it tells the story of a young ambitious immigrant from England determined to live on the edge of western settlement. In 1872, he was among the first white pioneers to “break ground” in the fertile Palouse bunchgrass. Cashup Davis was a successful farmer, operated an immensely popular stagecoach stop, general store and restaurant near the base of Steptoe Butte. He got his nickname by insisting on paying, and receiving, cash only. But in 1885, against nearly everyone’s advice, he stubbornly built a luxury hotel on the summit – well before roads led to the summit. What happened next is the heart and soul of the lessons found in the inspiring story.

The kickoff event marks the first time the two authors have spoken in public together about the book project. A portion of the book’s proceeds will support the Cashup Davis Deanship at WSU’s College of Agricultural, Human and Natural Resource Sciences.

Gordon Davis, a 1968 WSU graduate, is founder of the CEV Multimedia academic instruction platform. He earned two bachelor of science degrees from WSU and a masters and Ph.D. from Texas A&M University, then held a faculty position for 13 years at the University of Tennessee and Texas Tech University. He is the winner of 50 industry, university and business awards including several national honors, and has founded or co-founded 15 endowments across six universities. After selling his company in 2021, Gordon Davis and his wife Joyce have turned fully to philanthropy.

Burnside, a 1980 WSU graduate , is a 10-time Emmy winning television investigative reporter who has worked for Seattle TV stations KOMO, KING and KIRO; KREM in Spokane and for NBC News owned and operated WTVJ Miami and WCVB Boston. He was the president of the Society of Environmental Journalists, the largest such group in the world. He was News Editor of The Evergreen and worked for the precursor of Cable 8 News. He’s won 26 national and regional awards for his journalism and philanthropy. 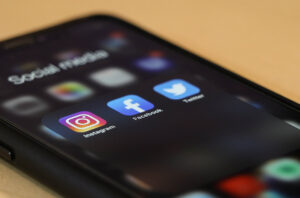 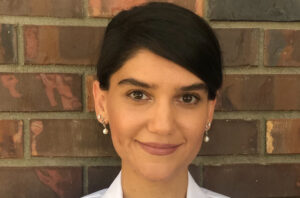