Electrically conductive fabrics would be a huge benefit to so-called ‘smart’ clothing, but technology to make them suitable for long-term wear with comfort doesn’t exist. Yet.

A Washington State University scientist is working to create a process that makes intrinsically conductive polymers ‘spinnable’ in manufacturing thanks to a new National Science Foundation CAREER award.

The prestigious CAREER program offers support for “early-career faculty who have the potential to serve as academic role models in research and education and to lead advances in the mission of their department or organization,” according to the NSF website.

Hang Liu, an associate professor in WSU’s Department of Apparel, Merchandising, Design, and Textiles, said the new polymer has a rigid molecular structure that won’t work in modern textile manufacturing. But the polymer is ideal for smart wearables because it conducts electricity, allowing clothing to interact with the wearer and a device like a smart phone.

There are many uses for smart wearables, Liu said.

“They could be used to monitor human vital signs continuously while performing daily tasks so you don’t have to go to a medical facility to have them taken,” she said. “It’s also possible to integrate them into garments for firefighters or soldiers, as chemical sensors that detect the presence of toxic chemicals.”

Liu will work to develop a way to process the conductive polymer into fibers, and then make clothing. She plans to co-spin the polymer with another conventional polymer to make side-by-side two-component fibers.

“I’ll be working to develop special fiber-spinning nozzles that deliver the two polymers together,” she said. “I can then manipulate the spinning process to understand how the two polymers’ interaction during spinning actually affects the final product and produce fibers with the desired conductive and sensing properties.”

The five-year grant, funded for over $500,000, fits neatly into Liu’s desire to improve wearable technology. It could also help textile manufacturing in the U.S.

“The supply chain interruptions we’ve seen around the world show the need to improve U.S. textile manufacturing,” Liu said. “Hi-tech fabrics are where the U.S. can be competitive.”

The textile industry generally can’t afford to fund basic research to answer early questions on new technology, like processing the conductive polymer, she said. This grant can fill that gap.

“It provides support and an opportunity for me to work on something I’m passionate about,” Liu said. “Fundamental research takes time and resources before the industry will adopt it. That’s what this project does.”

One important part of a CAREER grant is to include education and outreach activities. Liu will work on activities with her textile courses at WSU that involve developing lessons aimed at kindergarten through 12th graders to cultivate their interest in textile science and engineering, especially those from underrepresented groups in STEM. 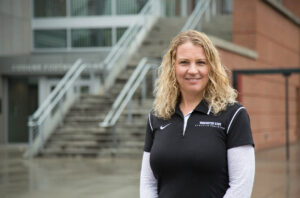 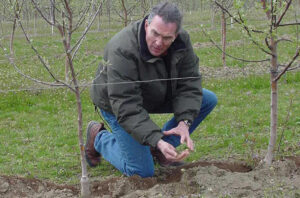