While knockoff t-shirts can still occasionally be found in parking lots adjacent to WSU sporting events, much of the conflict between counterfeiters and the university now takes place on a digital battlefield.

A 1996 article from the Associated Press documented WSU’s attempts to crack down on crass depictions of the university’s logos and phrases after years of lax enforcement. At the time, WSU made a reported $175,000 per year on the sale of licensed merchandise. Pre-pandemic numbers, WSU netted $1.3 million.

“We’ve seen a lot of growth, but I don’t know that we’re truly selling that much more apparel,” Anderson said. “I think it’s more that we’re managing our brand better.”

Where do the fakes come from?

A tsunami of knock-off merchandise tends to follow high-profile events for the university. Where there’s a bowl game or an iconic moment for Cougar sports, a shirt sporting a fake WSU logo is sure to follow.

Back when Mike Leach was hired to lead WSU’s football team, for example, the trademark office was awash in unauthorized pirate-themed merchandise bearing university logos. Anderson has a duffle bag full of poorly done prints, with infringers doing things like photocopying licensed shirts and shoddily recopying them onto a new shirt.

“Holding up these kind of shirts with licensed merchandise for a quality comparison is night and day,” Anderson said.

More sophisticated fakers often try to remove registration marks from WSU logos, which doesn’t make the attempt any more valid. It’s also not uncommon for technically-minded fraudsters to use Photoshop to superimpose the face of a student-athlete or coach onto the body of a person holding the faux product.

WSU’s trademark office also has its timeless cases of infringement. Politicians and realtors using WSU marks to advertise themselves are typically resolved without much of a headache. Anderson recalls competing real estate agents reporting one another for their infringements as they jockeyed for business. Not all cases for infringement are as obvious as a shirt with the word “COUGS” in place of “Coors” beneath the iconic blue mountain of the popular beer.

“It’s like parenthood, sometimes you have to pick your battles,” Anderson said.

Taking down the fakes

In addition to common, state and federal trademark laws, the Office of Trademark Licensing uses three rules to determine whether it needs to take action against would-be infringers:

The toolkit at the university’s disposal is vast compared to prior decades. WSU works with the Collegiate Licensing Company — the nation’s leading collegiate trademark licensing and marketing agency — to protect its assets and monitor potential infringement. It also works with the brand protection company J Patton to create stickers for authentic retail goods. Recently, WSU also added the services of Counterfind, a company that monitors websites like Amazon and Facebook for inauthentic listings.

In the four years since WSU contracted with Counterfind, the company has shut down more than 4,000 advertisements for unlicensed products across Facebook, Amazon, eBay, Etsy, Instagram and Red Bubble.

Removing unlicensed sellers has significant benefits for the university, both in terms of brand image and revenue. A significant portion of that money that comes in from the sale of licensed goods goes toward paying for scholarships for student athletes, said Bill Stevens, associate athletic director for athletic communications.

“Providing scholarships for our student athletes so that they are able to compete in their chosen sport while receive a top-tier education is our number one priority,” Stevens said. “The sale of licensed apparel and merchandise goes to supporting that cause.”

New opportunities for college athletes to profit from their personal brand also presents WSU the chance to co-brand. WSU images are licensed by the universities and a manufacturer works with both the athlete and the university to make something like an authorized cobranded jersey happen. The system works in much the same way as it has with student-athlete alums like Gardner Minshew, who had a cobranded jersey released due to popular demand.

Turning a popular athlete or moment into branded merchandise is a matter of convincing a retailor to strike while the iron is hot. Convincing companies to make Apple Cup shirts following seven years of WSU losing was a challenge, right up until WSU won November’s game and a mad scramble to get products produced and in stores commenced, Anderson said.

“We’re looking at often very small windows of opportunity to capitalize on,” she added.

The trademark office is also excited about the opportunities presented by the recent refresh of the WSU brand. These new marks allow for greater flexibility for internal use and make it easier for departments to manage and use them appropriately. The office maintains a list of approved vendors on its website for departments to use when looking to purchase products. 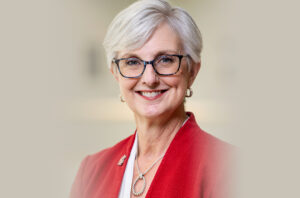