The university promotion and tenure process should place more value on innovation, entrepreneurship and other forms of scholarly impact, a multi-institution coalition argued recently in the journal Science.

Washington State University leaders Katrina Mealey and Laura Hill are active participants in the national Promotion and Tenure, Innovation and Entrepreneurship (PTIE) Coalition, a group with more than 100 people representing 65 universities and 13 national organizations. The coalition unanimously voted in 2020 to approve recommendations for recognizing innovation and entrepreneurial achievements among criteria for promotion and tenure.

Mealey recently joined co-authors from 13 institutions across the United States to advocate for the changes in the Science article.

“When we evaluate faculty for promotion and tenure, it’s easy to count publications and grant dollars—it’s harder to evaluate the impact of research on society,” said Mealey, Regents professor and director of public impact initiatives at WSU’s College of Veterinary Medicine. “That may be one of the reasons why innovation and entrepreneurship haven’t been directly covered.”

Including those activities are core to WSU’s land-grant mission, Mealey added.

“The land-grant mission is to solve problems and that’s where a lot of innovation and entrepreneurship really connects the university with the public,” she said. “It would help us show the public more of what we do.”

Changing the promotion and tenure process will not be a simple task, but Mealey hopes that the Science article will help spur conversations among faculty at WSU and across the nation.

The coalition’s efforts were supported by a grant awarded to the lead institution Oregon State University from the National Science Foundation in 2019, with additional support from VentureWell and the Lemelson Foundation. The grant also funded a nationwide survey of nearly 100 institutions which found misalignment among innovation and entrepreneurship priorities and university reward systems. The results were described in detail in an article in Change, the Magazine of Higher Learning. 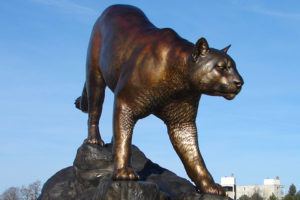