Veterinarians last week at Washington State University were paid a visit by an animal 8,000 miles from its natural habitat – a 30-pound, 8-month-old Kangaroo named Rolex.

“He’s been bottle-fed. He is very personable. He loves his arms and head rubbed, and if you meet him, you will fall in love with him,” said owner Patti Danner.

While hanging out with a young Joey in the workplace would be an undoubtedly bizarre experience for most people, it is not that unusual of an occurrence for exotic animal veterinarian Dr. Marcie Logsdon and her team at the WSU Veterinary Teaching Hospital.

She said each year they typically see one to two members of the macropod family, usually a kangaroo, wallaby or wallaroo.

Rolex visited the hospital last week to be neutered by Dr. Logsdon and her exotics team, accompanied by fourth-year veterinary student Natalie Hurst.

Logsdon said it’s important to neuter male kangaroos at a young age because they can grow up to 200 pounds and can be aggressive otherwise, noting kangaroos have a massive toe equipped with a dagger-like claw.

“They can also be difficult to handle if they are not worked with often,” she said.

That wasn’t the case for Rolex, who hopped up and sniffed the many visitors popping in out of the hospital’s exotics ward during his stay this week.

Danner acquired Rolex from someone who aspired to run a petting zoo that fell through.

“They said come look at this baby kangaroo,” she said.

That’s all it took.

Now, the two could be paired for a kangaroo lifetime – some 20 to 25 years.

Logsdon said Danner, who recently relocated from the Seattle-area to just off State Highway 8 near unincorporated Helmer, Idaho, has the No. 1 thing most kangaroo owners lack – space.

Logsdon said kangaroos require about 2,000 square feet of pasture to roam per animal. She said the biggest issue in the Pacific Northwest for the world’s largest marsupial is the wet and cold weather.

“They aren’t house pets and they aren’t meant to be kept inside,” Logsdon said. “They need access to the outdoors, and they are a pet that requires particular husbandry and experience with the species.”

Rolex joins Danner’s other animals on her property: three miniature donkeys, a handful of horses and two alpacas, to name a few. While Rolex was adopted from a good home, most of the animals Danner owns were rescued from kill pens or other bad situations.

In honor of her late son, Alex Blanchard, who died at age 34 with an enlarged heart in October, Danner plans to open a 501(c)3 on her property with her animals as the draw this summer.  The business will be dubbed Alex’s Safe Place. 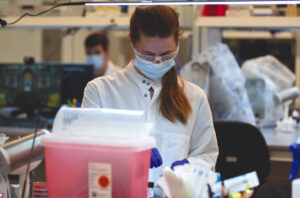 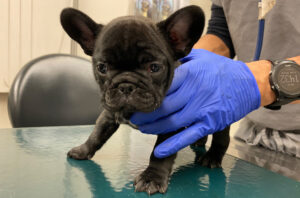 WSU to offer reproductive medicine and surgery for dogs and cats