It takes incredible strength and bravery for a single mother to uproot two children and move them halfway around the world to give them a better life.

“My mom worked multiple jobs, housekeeper, then dishwasher, then something else, when we got here. Sometimes we’d only see her for 30 minutes a day,” Endalkachew Abebaw said. “She was and is so dedicated to giving her kids a better life. I want to make sure and pay that forward by helping others.”

Abebaw, who moved to the U.S. from Gondar, Ethiopia at age 11 with his mother and younger brother, will graduate from Washington State University in May with a degree in human development. He received a President’s Award for Leadership, has served as an AmeriCorps volunteer, and is currently a legislative intern for Washington State Senator Karen Keiser in Olympia.

But amazingly, the senior from Renton had no desire or thoughts about attending college in high school.

“I had a 2.6 GPA in high school,” Abebaw said. “I was working 50 to 60 hours a week, had no idea about financial aid. As a first-generation student, it’s really hard to navigate applying for college, or even know what a four-year university is.”

But after he graduated, a friend suggested community college, and his mindset shifted during his second year at Highline College.

“I started thinking about my future for the first time,” Abebaw said. “I grew up in low income housing and we were on food stamps. I’m indebted, and I need to make sure I’m investing in my future for myself, my family, and my community.”

Now his focus is on thinking about community perspectives, from health care to education reform to reducing poverty.

He said his choice of major at WSU has given him a different frame of reference, especially in his legislative internship.

“I’ve studied child development, and how those early years of life affect adolescence,” Abebaw said. “Then I studied adolescence, and how choices made then can impact people for the rest of their lives. It’s so important to set people on the right path as early as possible.”

He’s also made an impression on his professors, visiting office hours as much as possible and getting to know them beyond the classroom. His department nominated him for the President’s Award for Leadership, which honors students who demonstrate exceptional leadership and service to the university and the community.

“He is an extremely impressive young man,” said Laura Hill, human development department chair. “We’re incredibly proud of his accomplishments so far, and know he is going to change the world.”

Abebaw is one of very few non-political science or economics student among his fellow interns at the legislature this term. And his experience in state government won’t end when he completes his internship and graduates.

Starting in June, Abebaw will be working on a 10-to-12-month fellowship with the Washington State Division of Behavioral Health and Recovery. He’ll learn first-hand about policies regarding families and health care, working in different counties around the state to help build coalitions of citizens to improve lives.

“I’m learning that it’s so important to be involved in your community,” he said. “Having direct connections with government officials and agencies is vital for groups to help improve their communities. I’m looking forward to being involved with helping set that up.”

Returning to his roots

But first, Abebaw will return to his native Ethiopia in May. He also went in December, his first time returning to the country where he grew up. He was surprised by his reaction and what he saw.

“I was 11 when I left, so all of my memories are of playing and joy,” he said. “I cried for a whole day, it was such a reality check for me. I saw health disparities, poverty. And I realized, you can look at it and be discouraged, or you can be part of the solution. I’m choosing to be part of the solution. I want to try. If I don’t succeed, that’s ok. I’ll just try again and again.”

That’s a life outlook to make a mother proud. 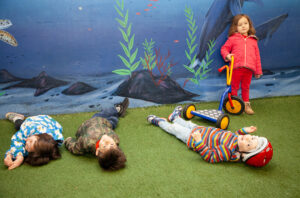 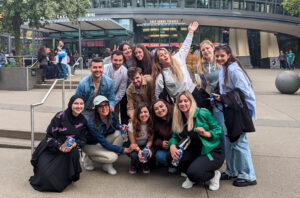