Georgina Dodge, associate provost for diversity, equity, and inclusion at Bucknell University and the university’s chief diversity officer, will speak about the “Impacts of Unconscious Bias on Effective Leadership” during a keynote address set for 12:15 p.m. on April 13 in the CUB Auditorium, WSU Pullman.

Sponsored by the WSU Black Faculty and Staff Association and the Office of the President, the lecture series is part of WSU President Kirk Schulz’s commitment to strengthening the culture of diversity and leadership at the university’s campuses system-wide.

Dodge grew up as an Air Force military brat, living in Japan, and Turkey, but considers California home, Oforlea explains. She holds a Ph.D in American literature and is currently an associate provost of diversity, equity, and inclusion at Bucknell University in Lewisburg, Pennsylvania.

Dodge participated in an interview in advance of her visit to Pullman.

How did you get your start in higher education administration?

My first position in higher education administration was on a Board of Trustees.  As a student at a community college, I had a negative experience with a professor and complained about it and was not satisfied with the actions that were taken and thought that I needed to get involved in the process.  So, I ran for the position of student trustee on the Board of Trustees and I was elected by the student body.  (laughing) That was long time ago. So, my interests came out of my student activism.

Was the student trustee position what you thought it would be or more complicated?

It was certainly more complicated and demanded more time and energy than I expected it to require.  At the same time, I deduced very quickly that this is a great way to learn how organizations work.  For example, I had the great fortune of working with a Board of Trustees that were representative of the larger community in which we lived.  The Trustees came from different college districts from within the community or county.  As a result of their various constituents, they brought very different perspectives to the table, so I was privy to the arguments, debates, and conversations that would at times go on for hours, which was really a great growing experience for my own leadership style.  And, some of the Trustees took the time to mentor me and this was very valuable.  At the time, I didn’t recognize that I was being mentored but I do now, and I am deeply, deeply appreciative.

Why did you join the United States Navy?

Well, my father was in the Air Force, so I actually eyed the Air Force first. I remember talking to an Air Force recruiter and listening to him trying to sell me on the position of a yeoman (in other words, someone who does paper work). Now, I had actually done some work in a legal office, and I was very skilled at those types of tasks. I was eighteen years old at the time and was looking for something that was more than pushing paper around, so I kept trying to talk him into allowing me do something fun like becoming a pilot and that was not happening.  So I said, the heck with this and I went out the door and went over to the Navy recruiters and said hey what you got? Here’s a funny story, I was recruited into the Navy as an electronic warfare technician. I thought– this is cool, I’m going to get to blow things up? What ended up happening is when I arrived at boot camp, I learned that women weren’t permitted in that role—yes, this was prior to women being allowed in combat. So, I became an electronic technician as opposed to an electronic warfare technician.

Which skills do you draw on from your military and personal experiences in your position as Associate Provost of Diversity, Equity, and Inclusion?

The military instills a sense of discipline that is critical for any leadership position, as well as a sense of responsibility of owning your mistakes and owning up to your actions at all time.  Those have been very valuable to me as an administrator, in particular, in this position in which personal relationships are incredibly important.  Align with that, my personal experiences have instilled in me a sense of integrity.  Long ago, I realized that when I look in the mirror, I was the person that I would have to face and be accountable to—that there was nobody else out there whose opinion mattered more than my own about myself, and that has led me to make sure that I do my own work with integrity.  Lastly, my personal experiences have also led me to surround myself with people who have integrity and to pursue positions that have values-laden in the better good.

What personal goals do you have for yourself and your career?

My real goal (laughing) is to work myself out of job—so that a position like mine is not needed in the university.   But there is so much work to be done for that to happen. . .One of my lofty goals is to have the people I touch to become aware of and embrace the concept of linked fate: the way we are all connected and become connected to one another.  With this awareness and understanding comes caring.

What’s the most challenging part of being an Associate Provost of Diversity, Equity, and Inclusion?

One of the challenges is that it is only 24 hours in a day and the scope of the work is so huge. There is so much that need to be accomplished—and this a perpetual challenge, one that I personally have to work at letting go so that I make time for self-care.  But then, the other challenge, that I face a lot and that also requires self-care is the amount of pain that is generated in the arena of diversity and inclusion. I’ve watched colleagues get completely burned out and/or drained doing this work because there is a lot of hurt out there.

When you reflect on your career is there anything that you wish you would’ve done differently?

One of things, I didn’t do is continue to pursue tenure before moving into an administration position. There were times when I think it would’ve been helpful, but it hasn’t been a real detriment to me. But I think there were times…for some faculty members, tenure counts more than any accomplishment. It is a form of validity for some faculty members. After I moved into administration, each time I thought about it, I also thought I have so much work to do already. And, then the other thing I wish I would’ve done more (I did this a lot but I wish I would’ve done this more) which is to work as a bridge between academia and communities outside of higher education.  As I listen to the current rhetoric and discourse from people questioning the value of higher education (for reasons that I do understand), I wish that more of us would’ve engaged earlier so that these conversations wouldn’t be happening now. So that, particularly, people in communities that are normally not represented in higher education would see and appreciate the value of higher education.

Communities outside of higher education?

If you could choose your career path again, would you take the same path?

Yes, I love the work that I do. I believe in the work that I do.  Maybe if I completely had the opportunity to redo my career path, I would probably pursue something in psychology or neurobiology.  I’ve always had interests in how the mind works in regards to diversity and inclusion—issues related to human relationships—I would love to be doing this work on a more deeper, cognitive level.

What advice would you give to a someone who is thinking about diversity work as an executive administrator in academia?

It is mandatory to know yourself, and know yourself well, and to know all aspects of yourself. Understand the impact your identities have on you, the impact your identities may have on others, to understand how identities fit into various cultural environment.  Now, let me return to the beginning, when I say know yourself: if you are a person of color who feel that it is not your responsibility to teach the majority on how to behave, how to act, this is not the work for you.  You’re going to spend your time frustrated and angry, and you will accomplish nothing. Again, it takes some tolerance for the different types of stressor that will ultimately come your way doing diversity work. This work takes a willingness to step into leadership. To me, diversity work is leadership, period! And with all the responsibilities that come with leadership. 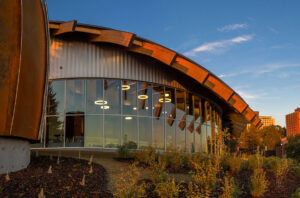 The program is helping faculty and staff expand their understanding of equity-mindedness and build a toolkit for engaging more effectively with students, colleagues, and community partners.

The online course tackles everything from allowable activities to gift restrictions and exemptions. It takes approximately 25 minutes to complete.