SPOKANE, Wash. – Leading an advocacy group that represents 2,026 employees is not how Brigitta Jozefowski (pronounced joe-zah-fow-ski) imagined her job when she started working at Washington State University Spokane in 2004.

After all, she was “just an hourly staff person” still working on an undergraduate degree that she started years earlier.

July 1, 2017, Jozefowski was elected the first person from a WSU campus other than Pullman to chair the university’s Administrative Professional Advisory Council (APAC). Winding up her one-year term that ends June 30, she reports it’s been interesting and busy, humbling and rewarding time, especially since WSU President Kirk Schulz has empowered the organization more than it was in the past.

Schulz meets with the APAC executive officers monthly, provides resources necessary for APAC to be a true advocate for administrative professional (AP) employees, and has encouraged vice presidents, chancellors, deans and other university leaders to be guest speakers at group’s monthly meetings.

Jozefowski did not go looking for the position. It all started in 2014 when a Human Resources leader on the Spokane campus sent her a letter asking her to fill a vacant APAC spot. Her supervisor at the time also encouraged her to participate.

“Brigitta’s administrative and leadership skills literally doubled my lab’s ability to get grants and run experiments,” said now-retired Bryan Vila, Ph.D., of the Sleep and Performance Research Center. “If you set them free, talented administrative professionals like Brigitta can multiply the productivity of all the people on your team, something I think often is overlooked.”

With those two votes of confidence, Brigitta agreed to join APAC to represent the Spokane campus.

The following year, fellow AP employee Ray Acuna-Luna asked if he could nominate her for APAC vice chair at the same time he was running for chair for the 2016-17 academic year. They each won their respective offices. Then last spring, Jozefowski was not sure she had the time available required to be chair and did not put her name on the ballot; she was nominated for the chair’s position anyway and voted in.

“Working for WSU Extension for several years gave me an understanding of WSU as a community, not just as a location or specific campus,” Jozefowski said.

As do other APAC representatives, Jozefowski listens to the concerns of administrative professional employees at WSU. The two main concerns repeatedly expressed by AP employees during campus forums sponsored by the Office of the President were the desire for professional development opportunities and the need for a salary review.

APAC has responded to both. Professional development opportunities were scheduled last spring and again this past fall, and this semester there are seven seminars for employees between January 17 and May 17, culminating with a presentation by Robin Blanchard, CEO of Blanchard Consulting, on “Servant Leadership.” See more on the APAC website: https://apac.wsu.edu/

A pilot study reviewing the salaries of positions with similar titles also has been launched. It is a collaborative effort by several organizations including APAC.

Jozefowski notes that the number of employees participating in APAC is now increasing due to the elevated responsibilities and expectations from President Schulz and the ability to truly make a change. It was more difficult in the past to get others involved.

“Previous presidents embraced APAC, but President Schulz has really included us as part of the shared governance of the university, and we appreciate having the ability to have a voice in things,” Jozefowski said.

“Ensuring a strong and vibrant system of shared governance is a foundational aspect of my philosophy about what it takes to be an effective leader in higher education,” said WSU President Kirk Schulz. “Inherent in achieving successful shared governance are transparency and inclusion in decision-making, two principles I also strongly subscribe to.

“Brigitta has been a wonderful, collaborative chair of APAC. Her professionalism and dedication to representing the entire WSU system has been outstanding,” he said. “I look forward to continuing to work with her during the next year.”

An array of duties

Among Jozefowski’s duties are reports to the WSU Board of Regents at each of their meetings, leading the monthly APAC meetings, sitting on the stage at commencements and convocations, participating in candidate interviews for top-level administrators positions, attending social functions at the president’s house on campus, and traveling around the state to hold forums for administrative professional employees on all WSU campuses.

“I really do like doing this work,” Jozefowski said. She now has her master’s degree in public administration from EWU. “I like this because it feels like I am contributing to make the WSU community better and it’s almost all behind the scenes.”

After she finishes her chair’s term, she will serve for another year on the executive council as past chair. Jozefowski figures she puts in an average of eight hours a week for APAC. She has worked her way through a few different roles at WSU Spokane in the last 14 years and is now in a research administration role in the Elson S. Floyd College of Medicine.

Brigitta was asked to select a quote for inclusion in a recent graduation booklet and chose this one from a former secretary of state in the George W. Bush administration Condoleezza Rice. (She is quick to say she is not endorsing any particular politician.) The quote sums up her current philosophy, “Remain optimistic and always try to serve others as well as the goals for freedom, peace, and justice.” 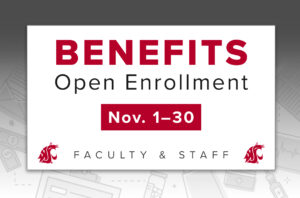 All healthcare and coverage changes are made through Workday. Step‑by‑step instructions and informational videos are available on the HRS Open Enrollment website. 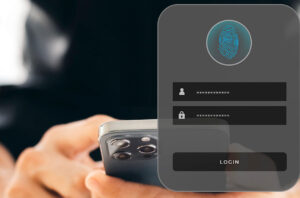