The WSU Pullman Women*s Center is observing Women’s History Month this year by hosting a virtual four-part film festival and an awards ceremony to celebrate the accomplishments of women in the community.

Women’s History Month occurs every March and celebrates the successes of women around the globe and acknowledges the challenges they face. And although “women” is in the name of the month, Women*s Center Director Amy Sharp says the events are open to people of all identities in all WSU locations.

“This is really open for everybody interested in knowing about women’s issues and trans issues. We’re shedding some light on the injustices that happen for a lot of different communities,” she said.

The film festival, called Reels with All the Feels, kicked off March 8 with the short documentary “Abortion Helpline, This Is Lisa” and will continue with “Ballet After Dark” on March 26 and “Disclosure” on March 31, which is also Trans Day of Visibility. Visit the Women*s Center website to learn more.

Sharp said many of the films were directed by women, and all of them focus on subjects that affect women. They all have short run times to make it easy for people to attend and engage.

“We wanted to make this quick and easy so people can watch the film and then we can talk about the messages we’re hearing from them,” she said. 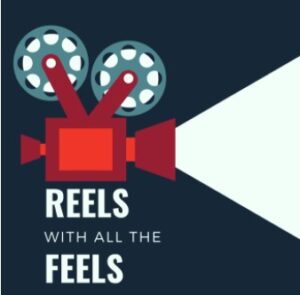 Sharp said she’s most looking forward to the screening of “Disclosure,” a documentary about trans depictions in film and television.

“We are still learning about how to be open and accepting of trans folks,” Sharp said. “It’s a complex issue and we want to support it however we can, so I’m really excited about bringing in some of this history and understanding.”

The Center partnered with GIESORC and the University of Idaho Women’s Center to screen the film, which the directors have made available for free for the event.

The Crimson Coronation awards ceremony will recognize the accomplishments of Women*s Center team members – and students in particular – over the past year. Held March 30, the ceremony will celebrate partners from the Coalition of Women Students, Cougar Safe Rides, Violence Prevention coordinators, and the Center’s interns and staff.

Acacia Patterson, the Center’s community outreach student coordinator and a graduate student in the Department of Physics and Astronomy, said she’s excited to have an opportunity to recognize the hard work of students involved with the Center.

Patterson said that although some events may seem student focused, faculty and staff are encouraged to attend and build relationships with students.

Patterson and Sharp hope that the virtual nature of this year’s Women’s History Month events will allow more students, staff, and faculty from all campuses to participate.

“The work doesn’t have to happen just with us,” Sharp said. “We love to support others that step forward and want to honor women and shed some light on these subjects – we’re there to support all of that.”