PULLMAN, Wash. — Following a national search, Washington State University announced today that Mariah Maki will serve as associate vice president for advancement and executive director of the WSU Alumni Association beginning Sept. 1. Maki becomes the sixth WSUAA executive director since the position was created in 1934 and the first woman to assume the role.

“I am delighted that Mariah has accepted this important position to lead the WSU Alumni Association,” said Mike Connell, vice president of advancement and CEO of the WSU Foundation. “Mariah brings a depth and breadth of experience not only in higher education, but specifically alumni relations, board relations and fundraising. I am confident that she will make an immediate impact leading our alumni engagement efforts to benefit the entire WSU system.”

Maki brings more than 23 years of experience in higher education administration, including 15 years in alumni relations and university advancement, to her new role. Having grown up in the region, she is no stranger to the Palouse. After earning a bachelor’s degree in English and philosophy and a master’s degree in public administration — both from the University of Idaho in Moscow — Maki held several positions at WSU’s admissions office from 1998–2006 and at the WSU Alumni Association from 2006–2014.

Since 2014, Maki has worked at the University of Arizona in Tucson — first for its Foundation and most recently for its University Alumni and Development Program as assistant vice president of alumni and constituent engagement. In this role, Maki designed a strategic roadmap to align constituent engagement processes, stakeholder programs and team-member tasks with the donor pipeline, all while overseeing a $1.41 million budget.

“Mariah’s collaborative nature, experience with both alumni and donor engagement, team leadership and love for WSU all stood out,” said WSUAA President Mark Schuster, who chairs the alumni association’s board of directors and executive committee. “We are thrilled to see Mariah return to WSU and look forward to seeing what all she can do to further elevate the alumni association’s profile at each of WSU’s campuses and on the national stage.”

“The connection with one’s alma mater doesn’t end with graduation — it should grow stronger and more fulfilling throughout our lives.”

Maki looks to build on an unprecedented period of innovation, growth and success for the WSUAA, which includes a membership program ranked among the top three in North America; more than tripling the number of members to top 45,000 this year; more than 900 alumni-engagement events worldwide annually; and a tripling of scholarship dollars awarded to WSU students each year.

“An active, enthusiastic and supportive alumni base is essential to the advancement of any healthy and vibrant university,” said WSU System President Kirk Schulz. “The breadth of alumni and development experience Mariah has from two universities is impressive. She will have the opportunity to expand WSU’s alumni engagement enterprise to address the ever-evolving needs and challenges of a diverse, multi‑campus, land‑grant institution.”

Maki is looking forward to taking on the role.

“The connection with one’s alma mater doesn’t end with graduation — it should grow stronger and more fulfilling throughout our lives,” said Maki. “My new colleagues at the WSU Alumni Association have accomplished so much to bring membership and engagement in innovative ways to more alumni than ever before. I look forward to collaborating with everyone at the WSUAA and across the WSU system to build on these successes to maximize the engagement, enrichment and services we can provide the more than 332,000 proud Coug alumni around the globe.”

The WSUAA is an independent nonprofit 501(c)(3) focused on proactively expanding the ways alumni and friends of WSU can become meaningfully engaged with the university. For nearly two decades, the WSUAA’s priorities have been to increase membership; expand alumni engagement; and enhance its financial strength in order to better serve the needs of WSU and its alumni. 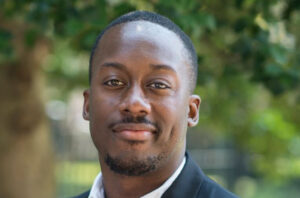 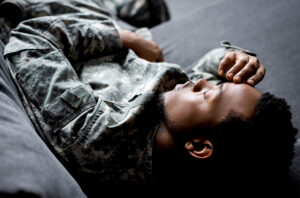