Calls to U.S. poison centers about phenibut, an anti-anxiety drug sold on the internet, rose dramatically over the past decade, according to new research led by Janessa Graves, associate professor and associate dean at the Washington State University College of Nursing.

Phenibut (pronounced fen-i-byoot) was developed in Russia in the 1960s and is not approved for use in the United States. However, it is easily and legally purchased online, advertised as a way to treat anxiety, boost brain power and help with relaxation and sleep.

Poison centers reported 1,320 phenibut cases from 2009-2019 with the number escalating dramatically beginning in 2014. One in eight of those cases was associated with serious health effects, including three deaths.

Graves’ study on the increase in phenibut reports to poison centers is highlighted today in the Centers for Disease Control and Prevention’s (CDC’s) Morbidity and Mortality Weekly Report.

Most (85%) of the calls to poison centers about phenibut came from hospitals and clinics located in all 50 states. More than three-quarters of the reported exposures were in men, while a majority (58%) occurred among adults ages 18-34.

Phenibut “is relatively easy to access online, but it has some pretty serious outcomes,” Graves said. “It also seems to be growing in popularity, maybe even more so with the pandemic and people seeking out substances online to help with their stress.”

Some of the common effects reported to the poison centers were drowsiness and lethargy, agitation, racing heart and confusion. Coma was reported in 6.2% of cases.

“We started getting calls from health care providers saying, ‘This guy took phenibut; what is that?’” she said. “We saw the same thing with spice, bath salts and kratom.”

Liebelt emphasized that the network of poison centers in the United States are always available to provide free, confidential assistance to callers 24 hours a day, 365 days a year.

“If people are concerned or have questions about adverse effects of drugs, please call the poison centers’ toll-free number, 800-222-1222.”

Graves concluded in her study that the increase in calls to poison centers about phenibut “underscores the need for increased awareness of phenibut as an emerging substance of use and misuse in the United States.” 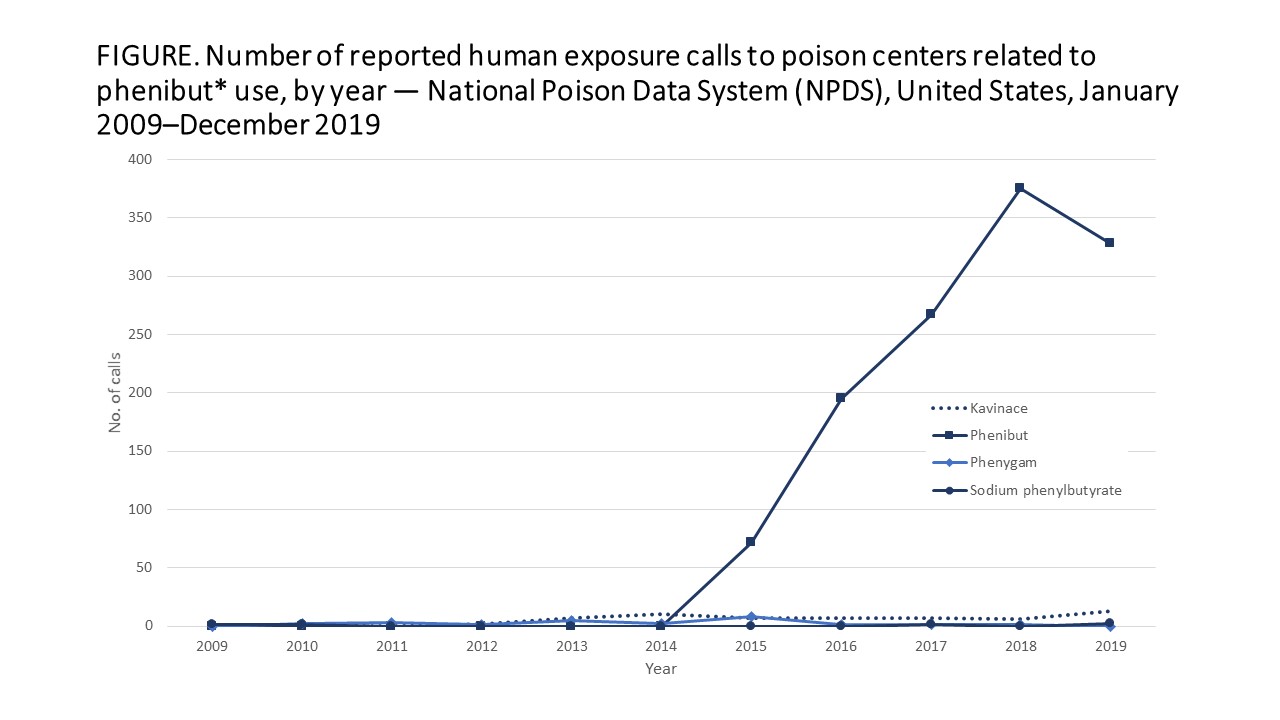 Workplace adjustments could be the answer to nurses’ burnout