A large-scale analysis published in the Proceedings of the National Academy of Sciences on Jan. 27 found that organic agriculture sites had 34% more biodiversity and 50% more profits than conventional agriculture sites, even though the organic sites had 18% lower crop yields.

Yet the study, produced by a Washington State University student “journal club,” also found that as the size of the fields surrounding the organic farms increased, those values shifted: the organic farms’ advantage in biodiversity increased, but they lost some of their edge in profitability in comparison to conventional farms in similar areas.

“A landscape with large field sizes might be an indicator of agricultural intensification in general, with many fields with only one crop and heavier pesticide and herbicide use,” said Olivia Smith, a recent WSU Ph.D. graduate and the lead author on the study. “That’s a place where there’s not a lot of natural habitat animals can use. An organic farm on that kind of landscape becomes a refuge for species.”

The study also revealed that price premiums for organic food played a big role in profitability, according to Associate Professor Dave Crowder, an author on the paper and the journal club’s faculty advisor.

“The areas that get the greatest price premium for organic food are those that have small field sizes, which are often located in more urban areas that are more connected to large consumer bases,” said Crowder. “For example, all else being equal, an organic farmer who is in the middle of Iowa may not do nearly as well as an organic farmer near Seattle where there are more consumers willing to pay higher prices for organic food.”

The WSU journal club is a group of graduate students who meet to discuss research papers and look for gaps in the scientific literature. Finding that other analyses had overlooked the impacts of landscape context on organic yield and profitability margins, the students pooled their efforts to conduct a large meta-analysis, synthesizing the data from 148 studies around the world spanning 60 different types of crops.

The resulting paper is the first of its kind to take landscape context into account while looking at the three factors of biodiversity, crop yields and profitability. The WSU study suggests that these three factors are separate: that what makes one increase or decrease has less to do with the others than with the landscape context, farming practices or socioeconomic issues.

While this was a large-scale analysis, the authors noted limitations in available data as most studies were focused on developed countries, and the only available studies on profitability with location information were in the U.S. Smith said more research is needed from less developed parts of the world, particularly in the tropics.

The WSU journal club is two years old and has published a paper each year.

This study received support from the U.S. Department of Agriculture National Institute of Food and Agriculture Hatch project.

Amidst the deadliest pandemic in human history, a handful of individuals have taken extraordinary steps this past year to keep the WSU community safe.

Patrick Lane was honored as this fall’s Chosen Coug Award recipient. The award recognizes individuals that have made a distinct impact on a student’s experience at WSU. 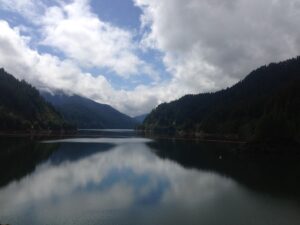 The researchers will use management of reservoir water in Washington’s Columbia River Basin as a test case to understand how the environment and society interact to shape rule-following. 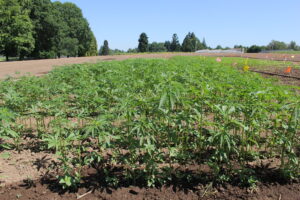 WSU researchers will study different hemp varieties and do chemical analysis of them as part of a new U.S. Department of Agriculture grant.