PULLMAN, Wash. – If not identified before surgery, a rare genetic mutation could result in your dog being exposed to dangerously high levels of anesthetic agents.

Scientists at Washington State University’s College of Veterinary Medicine initially discovered the mutation in greyhounds and more recently in other common dog breeds.

The research group, a member of the Program in Individualized Medicine (PrIMe), published its findings last week in Scientific Reports.

For years, veterinarians have known that some greyhounds struggle to break down certain drugs, which results in potentially life-threatening and prolonged recovery periods following anesthesia. The previously unknown genetic mutation that the WSU researchers uncovered in greyhounds causes less of CYP2B11, the enzyme that breaks down these drugs, to be made.

Not surprisingly, the mutation was also found in several other dog breeds that are closely related to the greyhound including borzoi, Italian greyhound, whippet, and Scottish deerhound.

However, when the research team extended their survey to more than 60 other breeds, using donated samples from the WSU Veterinary Teaching Hospital DNA Bank, they were surprised by what they found.

According to the study, funded by the American Kennel Club’s Canine Health Foundation, some popular dog breeds, including golden retrievers and Labrador retrievers, may also struggle to break down the commonly used anesthetics, midazolam, ketamine, and propofol.

“We started with a condition we thought was specific to greyhounds and affected a relatively small number of dogs,” said Stephanie Martinez, postdoctoral research associate and lead author on the study. “It now appears that there could be a lot more dogs affected by this mutation—dogs from breeds that we wouldn’t have expected.”

Even mixed-breed dogs were not spared; although the prevalence was much lower at only one in 3,000 dogs.

“While the mutation is not that common in most breeds—outside of greyhounds and other related breeds—because some of these other breeds are so popular, a relatively large number of dogs in this country could be affected.” Martinez said.

Michael Court, the study principal investigator and veterinary anesthesiologist who began studying slow anesthetic drug breakdown in greyhounds over 20 years ago, said, “Although we have developed special anesthesia protocols that work very safely in greyhounds—the nagging question was—should we be using these same protocols in other dog breeds?”

The Program in Individualized Medicine (PrIMe) is also seeking DNA samples from sighthounds who may have experienced either delayed postoperative bleeding or an adverse reaction to anesthesia or sedative drugs that caused unexpected slow recovery or increased body temperature. Owners can contact courtlab@vetmed.wsu.edu to participate or for more information.

Court and Martinez are now moving forward to create a simple cheek swab test that could be used by dog owners and their veterinarians to detect the mutation and determine an individual dog’s sensitivity to the problematic anesthetic drugs.

“We also suspect that dogs with the mutation may have trouble breaking down drugs—other than those used in anesthesia.” Court said. “The challenge now is to provide accurate advice to veterinarians on what drugs and drug dosages should be used in affected patients.”

The research team is currently seeking volunteer golden retrievers and greyhounds to participate in a one‑day study at the WSU Veterinary Teaching Hospital to continue their study of drug breakdown in these dog breeds.

Those who are interested in having their golden retriever or greyhound participate in the study can contact courtlab@vetmed.wsu.edu for more information. 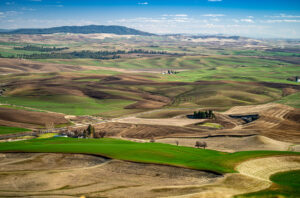 A $2.2 million gift to the College of Pharmacy and Pharmaceutical Sciences will help support the inaugural class of pharmacists in a rural health care track. 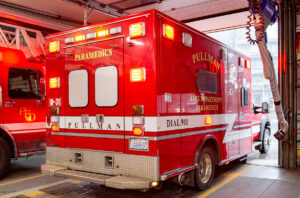 The spray is designed to counteract the effects of an opioid overdose. The kits are free and available to everyone at the CHS pharmacy in Pullman.