With their country at war, students from King Danylo University in western Ukraine faced challenges unfathomable to most U.S. college students during their group project for an international tourism class at Washington State University.

Would air raid sirens interrupt their carefully prepared Zoom presentation on food tourism in Ukraine? Would they have to flee to bunkers?

But the 50-minute presentation on April 12 went off without a hitch. Their audience was Carson College of Business students, who’ve been learning alongside them in Associate Professor Dipra Jha’s globally networked classroom.

“It’s so humbling to interact with the Ukrainian students,” said Natalie Parsons, a senior majoring in finance. “Some of them have been displaced from their families and communities, they’re in the midst of a war, and they are still putting in the effort. It shows how much they value their education.”

Seven students from King Danylo University are taking Jha’s class through a partnership with the Carson College. When Russia invaded Ukraine on Feb. 24, missiles struck the airport at Ivano-Frankivsk, where the university is located. After a two-week shutdown, the university reopened online.

Jha, assistant director of the WSU School of Hospitality Business Management, told the Ukrainian students’ professor they could skip the final group project. To his surprise, they wanted to proceed.

“After discussing the situation with our students, we took the position that we had to give the presentation,” Nadiia Grebeniuk, associate professor of management and administration at King Danylo University, said through an interpreter. “This class is very important to us. It’s like a particular window that brought us out into the world and gave us hope.”

“I want to enrich people’s understanding of Ukraine,” added one of the students, a 20-year-old Ukrainian military officer studying languages, who expects to be fighting soon. “When people learn about our culture, they will know more about our country and want to help us.”

‘This is our homeland’

During the presentation, the Ukrainian students sought to bring their country’s cuisine, culture, and history to life for WSU students.

Besides Ukraine’s better known dishes — such as borscht and chicken Kiev — the country has a rich culinary tradition it’s eager to share with the world, the students said. Food festivals throughout Ukraine celebrate regional specialties that stem from Ukraine’s fertile agricultural lands and the country’s location on ancient trade routes, which led to the introduction of new products.

“The world news about Ukraine is all about the war. Our group wanted to share how beautiful and amazing Ukraine is,” said Anna Lepko, a hotel-and-restaurant management student who hopes to someday open a shop selling pastries made from local honey. “This is our homeland, which we love so much. In the future, we invite you to visit us.”

“In my other classes, we talk about the war in Ukraine as a general concept,” he said. “It’s about the impact on the global financial markets or energy supplies. But in this class, we’re talking to actual people affected by the war. They’re college students like us, just trying to live their lives.”

While Jha is teaching an international tourism class, he said the learning goes much deeper. “The King Danylo students’ decision to carry on with the presentation shows their determination and resilience, which is a recurring theme in my dealings with Ukraine.”

Jha’s connections with Ukrainian universities began through a grant for virtual exchange programs. The efforts began at the University of Nebraska–Lincoln, where he previously worked, and continued after he moved to WSU.

Besides the King Danylo students, students from universities in eastern Ukraine sometimes tune into his classes.

“It gives me chills to think about it,” Jha said. “The Carson College, in a small way, is providing an opportunity for them to continue their education during a war. For us, it’s a hybrid Zoom class. For them, it’s a safe space to connect with peers halfway across the world.” 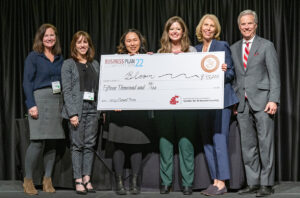 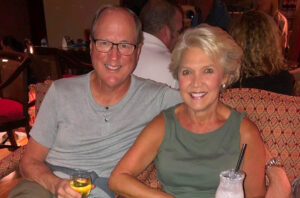 The initiative will provide programming for student-athletes in entrepreneurship and business education starting this summer. It is the result of a generous financial commitment from alumni Dan and Joanne Castles.