More than 125 people filled the Elson S. Floyd Cultural Center on the Pullman campus Wednesday to hear about how advances in science and technology are influencing the nation’s response to threats ranging from emerging disease to climate change.

Kimberly Budil, director of the Lawrence Livermore National Laboratory, delved into these topics and more as part of her lecture – National Security in the 21st Century: Deterrence, Bio-Resilience, Energy, and Climate. Budil visited the Pullman campus to deliver the Institute for Shock Physics’ John and Janet Creighton Distinguished Lecture.

Russia’s ongoing war in Ukraine demonstrates the scope and diversity of threats nations need to consider in the modern world, Budil said. Of particular note are cyber-attacks that can be carried out on aging critical infrastructure and the ease of getting military assets into space.

“Our old ways of thinking about conflict have to change and evolve and be much more multi-dimensional than it once was,” Budil said.

Budil leads a workforce of 7,400 employees and manages an annual operating budget of approximately $2.7 billion. In her role as the national laboratory’s director, Budil sets the lab’s strategic vision and works to ensure successful programming and operations to advance the nation’s science and technology pursuits.

During her talk, Budil touched on several threats to national security – climate change, unfriendly nation-states and groups, emerging diseases – and how scientific advances are evolving to better understand and respond to these threats. In particular is the use of computer power in modeling the impacts of climate change. Over time, the relatively short forecasting time frames available now will be able to project out further and further, giving scientists and public officials a better idea of how the changing climate will impact specific regions.

Collaboration is also key to making the scientific and technological advances, both between allied nations and between public and private entities, Budil said.

Following her lecture, Budil took questions from the audience on topics ranging from advances in nuclear fusion power to the response to COVID-19 and how scientists look to respond to the next pandemic. 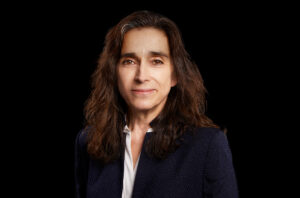 Leader in science, national security to speak at WSU April 6 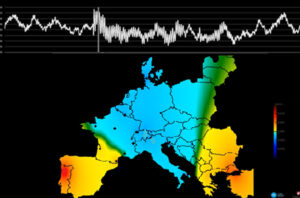 Lifetime of research helps with a lifeline for Ukraine

When Ukraine connected to the European power grid earlier this month, technology developed by WSU researchers over several decades made a difference in ensuring the stable operation of critical electricity interconnections.