The Washington State University Board of Regents unanimously voted today to name the Pullman campus’ long-awaited indoor sports complex in honor of a generous Coug couple.

In addition to contributing $7 million toward the project, Scott and Lisa Taylor’s initial gift was leveraged as part of a facility matching campaign and inspired $23 million in further gifts in the six months that followed.

“This is very exciting,” WSU Board of Regents Chair Marty Dickinson said. “We are very appreciative of the Taylors and their longtime support. They’ve been incredibly instrumental in fundraising and just being great stewards of WSU.”

Once completed, the Taylor Sports Complex will boost a state-of-the-art synthetic turf field as well as lighting and ceilings that are vastly superior to those featured in the current structure, which is now several years past its expected lifespan. The project’s entire budget is being paid for using donated funds.

In addition to naming the new athletics facility, regents also:

In his presentation to the Board, Schulz discussed enrollment trends as well as progress on the development of a new systemwide budget model. He also highlighted WSU’s fundraising success in the past six months, describing the $72.8 million raised as the highest total since 2014. WSU also continues to monitor and respond as needed to the challenges posed by the omicron variant across its campus communities.

Regents also heard presentations from governance groups as well as an update on the Everett campus from Chancellor Paul Pitre.

During Thursday’s committee meetings, Regents listened to presentations on the university’s diversity, equity and inclusion efforts as well as the ongoing work to better consult and work with tribal organizations across the state. WSU Global Chancellor Dave Cillay also discussed exploratory efforts to develop a dual credit partnership with high schools that are rural or those that lack access to nearby community colleges. Members of the Finance and Compliance Committee also discussed tuition rates for the 2022-23 academic year, though the setting of those rates will take place at a future meeting. 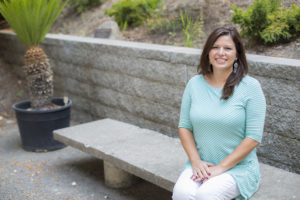 After more than three years of serving as executive director for tribal relations primarily focused on the Pullman campus, Zoe Higheagle Strong is taking on broader, systemwide responsibilities. 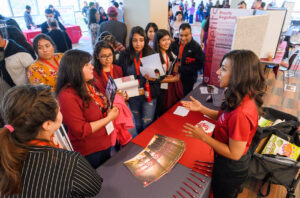 Nearly $800,000 in corporate and private support has been pledged in recent months to support diversity, equity, and inclusion training and study abroad opportunities as well as student recruitment, mentoring, and retention efforts.