Washington State University College of Veterinary Medicine fourth-year students Kayla Burnham and Ali Weaver were recently awarded scholarships from MedVet that will cover up to $35,000 of their final year of tuition and fees.

After graduation this spring, Burnham and Weaver will join MedVet’s two-year Emergency Clinician Mentorship Program, which is an accelerated, mentored training program focused on developing emergency veterinarians in a multispecialty hospital setting. Following the completion of the program, the two have committed to working as full-time emergency clinicians for at least a year at one of MedVet’s more than 30 specialty and emergency hospitals throughout the country.

“They are both great students and well-deserving,” said Dr. Raelynn Farnsworth, interim director of WSU’s Veterinary Teaching Hospital. “MedVet has come up with a great way to help move these students’ careers forward in a positive and impactful way, while creatively filling positions in real need. It is a win-win for everyone.”

Burnham grew up in Olympia, Washington, and completed her undergraduate studies at Evergreen State College. She has been active in numerous clubs since entering the veterinary medicine program at WSU, serving on the class council, as president of the Student American Veterinary Medical Association at WSU, and as secretary for the Veterinary Law and Ethics Club.

Burnham said she is excited about the prospects of working in emergency medicine, a specialty she has always gravitated toward.

“I’ve personally had veterinary emergencies with my own pets, and I am so grateful for the help I received – they saved my pet’s life and I want to do that for other people,” she said.

Burnham said she is excited about the opportunity to continue learning and working under experienced veterinarians in MedVet’s mentorship program, and the scholarship will help ease the financial burden of attending veterinary school.

“But the relief I feel to have already found my job is really the cherry on the top for me,” she said. “Now I can focus on studying and my rotations.”

Weaver also grew up in Olympia and earned a bachelor’s degree at WSU, majoring in animal science. She has served as a member of numerous clubs, including as secretary for the Emergency and Critical Care Club. She became interested in critical care when she was in high school after her family dog needed emergency treatment.

“It was such a positive experience, and I was just so impressed with how composed, knowledgeable, and supportive all the veterinarians were, and it just drew me in from there,” she said.

Weaver said she is grateful for the scholarship and for the chance to join the MedVet team.

“They have been nothing but supportive and I am so grateful for them,” she said. “They’ve really provided me with something I thought I could only dream of – it just seems absolutely perfect. I am really looking forward to it.” 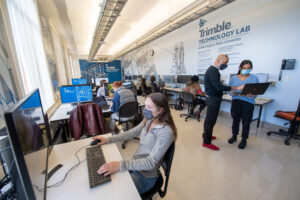 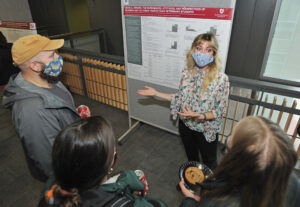