Washington State University is getting a boost in state funding as part of the 2021–2023 biennial operating and capital budgets signed by Gov. Jay Inslee on Tuesday.

WSU’s biennial appropriation from the state grew to $565 million, an increase of $46 million from the state’s previous operating budget. On the capital budget side, construction of the new Life Sciences Building at WSU Vancouver has been funded, as has the demolition of Johnson Hall in Pullman to make way for a federally funded building that represents the next phase of WSU’s partnership with the United States Department of Agriculture.

These budget successes come after WSU and other state agencies had prepared for up to a 15% cut in state support due to the COVID‑19 pandemic, Colleen Kerr, vice president for external affairs and chief legislative officer, told members of the Board of Regents earlier this month.

Regents took time during their meetings May 6 to celebrate the completion of state funding for the Elson S. Floyd College of Medicine. The additional $3.6 million will support the college for a capacity of 80 medical students per cohort. The WSU Health Sciences Spokane campus will also benefit from $15 million in capital funding for the renovation of the Spokane Phase One Building.

As part of the biennial operating budget, WSU is also receiving $2.1 million to fund the Washington Soil Health Initiative, which aims to research and disseminate new best management practices for farmers. This is being done through a network of long-term agro-ecological research and extension sites across the state’s diverse agricultural systems.

As part of the capital budget, WSU is receiving $52.6 million to fund the construction of WSU Vancouver’s Life Sciences Building. The building will meet the critical need for instructional laboratories on the campus and bring together programs like biology, neuroscience, nursing and chemistry into one space. Construction is expected to begin in December and is scheduled for competition in October of 2023.

WSU is also receiving $656,000 in maintenance and operations funding in the operating budget for the Academic Building at WSU Tri‑Cities.

Another $8 million is also being provided by the state to assist with the demolition of Johnson Hall on the WSU Pullman campus. By doing so, WSU will reduce maintenance and operating expenses while clearing the way for a new USDA-Agricultural Research Service building. The proposed USDA-ARS Plant Bioscience Building received $104.9 million in funding from Congress, with design and construction being managed by the U.S. Army Corps of Engineers.

The state is also providing nearly $5 million for research laboratory renovations inside Clark Hall, allowing the programs within the College of Agricultural, Human and Natural Resource Sciences to relocate. Another $500,000 in state funding will be used for predesign of a new building to replace Heald Hall, which was built nearly six decades ago. 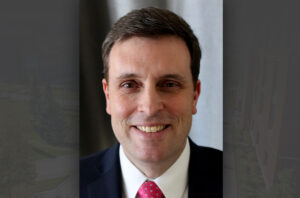 Dr. James Record will take the helm as interim dean starting July 5. He has served as a vice dean since 2021 and is a clinical professor in the Department of Medical Education and Clinical Sciences.