SPOKANE, Wash. — Approving tuition rates and plans to improve the fiscal health of WSU Athletics were among the actions taken by the Board of Regents during their meeting Friday.

Regents met for a series of hybrid in-person and virtual meetings this week on the campus of WSU Health Sciences Spokane.

Following the graduation of the first class of the Elson S. Floyd College of Medicine students on Thursday, founding Dean Dr. John Tomkowiak highlighted some of their accomplishments, including a match rate of more than 96 percent. WSU Spokane Chancellor Daryll DeWald spotlighted students who’ve provided tens of thousands of doses of the COVID‑19 vaccine to community members across the state. He also called attention to significant gains in state support for research in the past five years.

Thursday’s committee meetings as well as Friday’s Board of Regents meeting were broadcast on Youtube.

Regents approved a 2.5 percent tuition increase for the 2021-2022 academic year that impacts undergraduate, graduate and nonresident students. For in‑state undergraduates, tuition will increase $127.50 per semester, while in‑state graduate students will pay $147.60 more per semester. A majority of funds raised by this increase will be used to provide additional institutional aid in the form of tuition waivers as well as support for addressing student’s mental health and basic needs.

Services and Activities fees were also set by the Board, which opted to decrease rates for the upcoming academic year for the Pullman and Global campuses by $18 and $42 respectively. S&A fee rates were kept flat for all other campuses.

Members of the board also approved a new $5 fee for WSU Pullman students that’ll support the campus food pantry in an effort to address food insecurity. The measure was first taken up by the ASWSU Pullman Senate and received support among more than 70 percent of undergraduates who voted in March.

Regents also approved an increase to parking fees for the Pullman campus to pay for maintenance costs.

A financing plan to address COVID‑19 related losses in Athletics was also approved. That plan allows WSU to issue and sell up to $35.6 million in general revenue bonds. These bonds are expected to be paid off within 20 years using PAC‑12 conference revenues.

The sale of bonds is part of WSU’s plan to balance the Department of Athletics operating budget by 2023, keeping it on track with overall deficit-reduction goals calling for building its financial reserves and then focusing on retiring long-term debt. This plan was presented to Board members during committee meetings Thursday.

Schematic designs for WSU Vancouver’s planned Life Science Building were also approved by regents during the meeting. The space will fill the critical need for instructional laboratory space for undergraduate and graduate students on the campus. WSU received $500,000 for pre‑design in the 2019-21 state capital budget and an additional $4 million for design in pre‑construction in the 2020 supplemental capital budget. The university has requested $52.6 million in state support for construction, which if approved, would begin in December.

The Board also elected Regent Marty Dickinson as the new chair of the WSU Board of Regents for the upcoming year, with Regent Lisa Schauer taking over as vice chair. 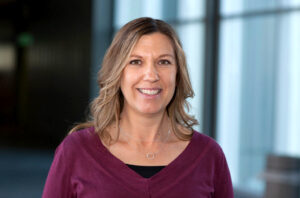