WSU President Kirk Schulz is endorsing a student-led campaign designed to promote greater civility and is urging all members of the university community to participate.

As part of the WAforCivility project, student organizers from WSU are asking their peers, Washington legislators and members of the Cougar community to pledge to listen to, acknowledge, empathize and respect others.

“Our differing viewpoints bring needed change to our society, and civility is an important catalyst in that process,” Schulz said. “By reminding others of the civility keys, we can improve the state of incivility in our communities, our state, and our nation.”

The WAforCivility campaign was created as part of the 2020-21 Public Relations Student Society of American’s Bateman Case Study competition. The core of the campaign is centered on research members conducted on perceptions around the state of incivility at WSU and in the nation. Just shy of 200 WSU students across four campuses responded to the group’s survey, with 75 elected officials participating.

“Among the most striking results was that 82% of students surveyed said they had been verbally attacked for stating their opinion or view on an issue,” Steffi Ludahl, the campaign’s events and social media coordinator, said.

More than three out of every four students surveyed said they viewed incivility as a major issue, said Sherwin Francies, WAforCivility’s writing and research director. The most popular proposed solutions among students was the ability to hear from speakers with differing political views and engage with them, as well as the option to receive civility training.

The campaign is ongoing through March 8, with several events centered on civility and public discourse planned leading up to the deadline. More information, including how to take the pledge, can be found on the group’s website. 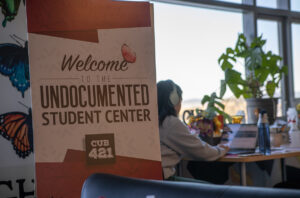