A rare brain surgery performed by Washington State University veterinarians is giving one retired Japanese show cat a chance at a longer life, free of diabetes.

That cat is HoneyBee, a 10-year-old purebred Maine Coon. Some say she looks more like a miniature bobcat.

HoneyBee was admitted earlier this month at WSU’s Veterinary Teaching Hospital with a pituitary gland tumor at the base of her brain.

“She was on death’s doorstep,” Mollie Mansfield, HoneyBee’s owner, said. “We weren’t sure if she was going to live to her tenth birthday.”

HoneyBee’s health troubles started in November when she was losing hair as well as peeing and drinking excessively.

However, she required a dose of insulin more than 20 times the regular dose.

“Like many pituitary tumors, this tumor was secreting too much growth hormone, which was counteracting the insulin,” said Tina Owen, pituitary surgical specialist who leads WSU’s Pituitary Surgery Service. “With the tumor removed, we hope over time HoneyBee will require very little to no insulin and potentially be cured of her diabetes mellitus.” 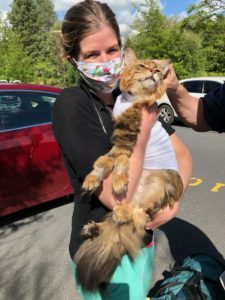 Owen was one of the first veterinarians in the U.S. to routinely perform pituitary surgery. To remove a pituitary tumor, veterinarians gain access through the roof of the mouth.

Owen has now performed more than 75 of the surgeries. This is her first performed on a Maine Coon.

Since the tumor was removed on June 3, HoneyBee only requires a regular insulin dose, about a half to one unit. Mansfield said some days she doesn’t require any insulin at all.

It’s a massive decline from the nine units she originally required twice a day, she said.

“Dr. Maggie really did save her life,” Mansfield said. “If it wasn’t for her, I would have never known about this amazing pituitary team. She told us ‘WSU is where you want to go.’”

Back at home, HoneyBee is growing back to her healthy 15-pound self. Despite the surgery, the retired show cat from Tokyo featured in cat shows up and down the West Coast isn’t coming out of retirement.

“They are magic, this pituitary team,” Mansfield said. “HoneyBee is eating well, her coat looks good, she looks alert and her legs are getting stronger and she is starting to do her jumping again. It’s a miracle.” 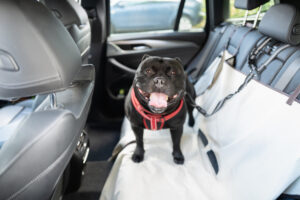 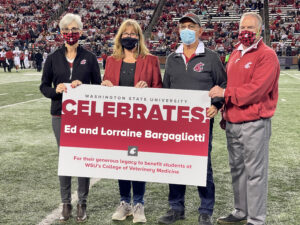