Pam Martin knew she wanted to use her nurse practitioner education to help ease suffering around the world.

To support her in that goal, she’s working on two certificates from Washington State University at the same time she pursues her Doctor of Nursing Practice degree at WSU Vancouver. She’ll earn a Graduate Certificate in Public Health from the College of Nursing by the time she receives her DNP degree in May, and a Global Leadership Certificate from WSU’s online Global Campus by the end of summer.

After graduation she’ll work as a nurse practitioner to gain experience in that role. Then her plan is to do humanitarian work, whether that’s in refugee camps or with groups facing disease outbreaks or displacement from a natural disaster.

Volunteer experiences in Haiti led her to pursue the certificates on top of her DNP degree to gain skills and insights she knows she’ll need in her chosen work, Martin said.

“I learned that we really need to work collaboratively with communities so they can gain the skills to support themselves,” she said.

The Graduate Certificate in Public Health will help her evaluate community needs and give her tools to address them. “I want to not only treat the person sitting in front of me, but the population as a whole,” she said. “In a refugee camp, for example, if you have an outbreak of disease you need to get that under control very quickly; if you have limited resources, how do you do that?”

She chose an anthropology focus for her Global Leadership Certificate to understand how to work sensitively across cultures.

Martin had been a nurse for nearly two decades when she decided to go back to school for her DNP degree. She chose the WSU College of Nursing partly because the faculty had a lot of international experience, she said. She also liked its hybrid structure, knowing she was a learner who valued some face‑to‑face time with her classmates and professors.

She learned about the public health and global leadership certificates along the way. Said Martin, “They’ve been a terrific way to explore nursing in the global arena.”

Editor’s note: This article is part of a monthly feature series commemorating the World Health Organization’s designation of 2020 as the Year of the Nurse. 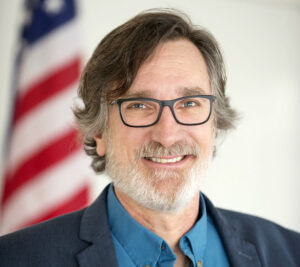