Bell initially developed the routine more than a decade ago.

“I memorized it 12 years ago and nothing’s changed,” Bell joked, noting that the show has in fact changed tremendously since its inception.

What began in 2007 as an experiment with using multi-media in a standup club in San Francisco has taken Bell across the country. Initially, he didn’t mention then-presidential candidate Barack Obama, but Bell began talking about him in the show as Obama was gaining traction and eventually won the election in 2008.

“(After the election) now he’s the president and racism is still a thing,” Bell said.

The show continues to develop as political events transpire and news stories see updates. Bell cited Colin Kaepernick as someone whom he mentioned in the performance several years ago and continues to be discussed as his story develops.

Bell is scheduled to give the keynote address during the 33rd Annual MLK Community Celebration, happening from 6:30 p.m. to 9 p.m. Jan. 23 inside the CUB Senior and Junior Ballrooms. The event is free, open to the public and will be livestreamed to other WSU campuses statewide. To activate the stream, click the ‘play’ button for the event and enter your WSU credentials.

A full list of events taking place this year in honor of Martin Luther King Jr. can be found on the program’s website.

While in Pullman, Bell also will be talking with students as part of the Foley Institute’s Pizza and Politics Series on Jan. 23 beginning at noon inside the Foley Speaker’s Room.

Aside from his one-man show, Bell hosts CNN’s “United Shades of America.” During the show’s most recent season, he visited the Seattle-Tacoma area to visit with activists fighting white supremacy.

“This is half-joke, half-truth, but when I’m going to a new place I Google the name of the place, plus racism,” Bell quipped. “Google is usually like, `Sit down, we have a lot to go over.’ ”

Bell has appeared on and hosted numerous podcasts during his career, among them “Denzel Washington is the Greatest Actor of All Time Period,” where he and co-host Kevin Avery review the actor’s films and interview prominent artists. His Netflix comedy special, “Private School Negro”, debuted in June of 2019.

In May of 2017, he published his first book, “The Awkward Thoughts of W. Kamau Bell: Tales of a 6’4, African American, Heterosexual, Cisgender, Left-Leaning, Asthmatic, Black and Proud Blerd, Mama’s Boy, Dad, and Stand-Up Comedian”. He has also been involved in several advocacy organizations, including serving as the American Civil Liberties Union’s celebrity ambassador on racial justice.

More information on Bell can be found on his website. 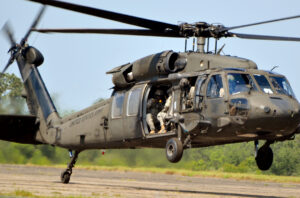 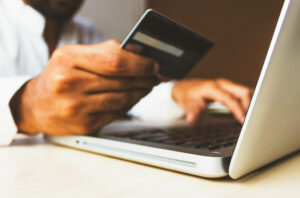