Yuehe Lin, professor in the School of Mechanical and Materials Engineering, has been named a fellow of the National Academy of Inventors (NAI).

He was cited for his “highly prolific spirit of innovation in creating or facilitating inventions that have made a tangible impact on the quality of life, economic development, and welfare of society,” according to the selection committee.  Lin is one of 168 NAI Fellows for 2019, which is the highest professional distinction accorded solely to academic inventors. The program includes more than 1,000 fellows from 250 universities around the world that hold more than 41,500 U.S. patents.

“Dr Lin has made significant research contributions with real-world impact in the fields of energy and health,” said Mary Rezac, dean of WSU’s Voiland College of Engineering and Architecture. “His hugely varied work — from finding possible new ways to treat cancer to innovations in water splitting for a future hydrogen economy and development of a better catalyst for fuel cells – often comes down to simple solutions that can provide real change and improvements in people’s lives.”

He has more than 500 peer-reviewed publications, which have been cited more than 50,500 times, according to Google Scholar. He has an h-index, a measure of a scientist’s productivity and impact, of 112. He has been named among the world’s most highly cited researchers every year from 2014 to 2019 by the Web of Science Group.

He has received funding from the National Institutes of Health, U.S. Centers for Disease Control and Prevention and U.S. Departments of Energy and Defense. He holds more than 20 patents, some of which have been licensed to industrial partners for commercialization.

Lin is a fellow of the American Association for the Advancement of Science, Royal Society of Chemistry and American Institute of Medical and Biological Engineering as well as a member of the Washington State Academy of Sciences. He serves as editor or editorial board member for approximately 20 international journals, including Advance Materials Technologies; Analytica Chimica Acta; Biosensors and Bioelectronics; Electroanalysis; International Journal of Nanomedicine; Research; Journal of Nanoscience and Nanotechnology; and Sensors and Actuators B.

Lin will join the induction ceremony for fellows on April 10 as part of the annual Conference of the National Academy of Inventors in Phoenix, AZ. 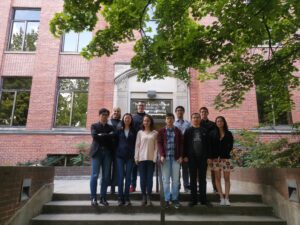 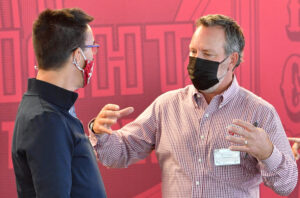