“Composing for Improvisors” marks the next concert in the WSU School of Music’s Faculty Artist Series, 8 p.m. Thursday, Jan. 24, in Kimbrough Concert Hall on the WSU Pullman campus.

Yasinitsky, winner of the American Prize for Musical Composition, has an international reputation as a composer and saxophonist. The program will feature compositions by Yasinitsky scored for small jazz ensembles. Performing with Yasinitsky will be the WSU faculty quartet Gator Tail, along with Brian Ward, hammond organ; Brad Ard, guitar; and David Jarvis, drums. Gator Tail will perform Yasinitsky’s “Rubicon,” written especially for this concert; “McCall,” and “Blues for Brecker.”

Yasinitsky also will appear with Crosscurrent, a quintet made up of faculty members from WSU and the University of Idaho including Ward, piano; Vern Sielert, trumpet; F. David Snider, bass; and Dan Bukvich, drums. Crossucrrent will perform Yasinitky compositions “Snagglepuss,” “Suddenly You” and “Black Ice.” Closing the concert will be the YAZZ Band, fun‑sized edition — a small big band. YAZZ Band will perform new orchestrations that Yasinitsky wrote especially for this concert, title “Blues for a King,” “Synergetic” and “G.P.” Soloists will include saxophonist Brandt Fisher, a WSU music major and award winner at the Lionel Hampton Jazz Festival; trumpeter Sielert; pianist Ward; bassist Snider; and drummer Jarvis.

Admission for WSU students with ID is free, for non‑WSU students and senior citizens 55 and older its $5, and general admission is $10. Tickets are available in the lobby 30 minutes before concert time. 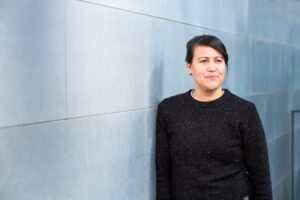