For 12 years, Luana Lins wanted to visit Antarctica. She persisted.

Now Lins, a postdoctoral researcher in the WSU School of Biological Sciences, is fresh off a month-long visit studying polar organisms as part of the National Science Foundation’s Training Program in Antarctica for Early-Career Scientists. When she wasn’t counting bacteria or extracting the DNA of pteropods, Lins was visited by penguins, watched whales, and toured the drafty hut assembled in 1902 by Robert Falcon Scott. She saw precious little fresh food and not a single vascular plant.

“Antarctica is beautiful, magical and harsh,” Lins said on her return. “I left with an extreme awareness of how privileged I have been to have experienced Antarctica and having the chance to do research there. I personally feel that it was one of these life-changing experiences. I understand Antarctica better as a scientist, but I also understand myself better and I am thrilled by this experience.”

The thought of visiting Antarctica first dawned on Lins when she was an undergraduate in Rio de Janeiro and heard people talk of visiting the Brazilian research station. Pursuing a doctorate in Sydney, Australia, she volunteered to join a sampling expedition, only to lose out to a more senior scientist. She looked for funding that might pay her way as a graduate student but found none.

Then she joined the lab of WSU genome scientist Joanna Kelley, an alumna of the NSF program. Kelley encouraged Lins to apply and after several fraught weeks, she was selected from hundreds of applicants.

The program, according to its website, emphasizes “integrative biology, using a combination of laboratory and field-based projects focused on biological adaptations of polar organisms to environmental change.”

Based at the McMurdo Station, about 850 miles from the South Pole, safety procedures alone consumed the bulk of her first five days.

“I was mostly worried while doing the training,” she said, “when we are talking about falling in to the ocean through a crack and perhaps being unable to get out and having a recommended position to freeze in place. That was a little unsettling.”

Once out on the ice, Lins sampled water, drilled ice cores, and deployed equipment to measure conductivity, temperature and depth in the water columns. She also watched penguins escaping from whales, fished through a hole, launched a weather balloon and saw a distant Mount Erebus, the planet’s most southerly active volcano.

Now back in Pullman, she is studying how a group of fish called eelpouts adapt to the polar environment. But she’ll be relying on collaborators for her samples.

Read more about Lins’ Antarctica adventure on her blog, https://www.drluanalins.com/blog. 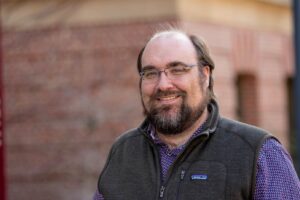 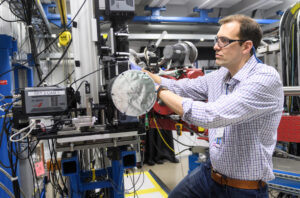