Provost Robert Bates has a vision for Washington State University.

“Imagine a future where WSU — at the university, school and even department level — has strong and fruitful relationships with industry. Where our research and inventions solve social problems and reduce unemployment throughout Washington. Where WSU is nationally known for innovation. Where outstanding students and faculty strive to join WSU at any of the four campuses. Where graduates stay to work in the state. Where our reputation leads to increased research funding from federal, state and industry sources.”

To help map out a strategy for this vision, Bates has engaged Wolfgang Tolle, on a part-time basis, as a special assistant for technology development.

Qualified expert
Tolle — properly pronounced “toalie,” but Wolfgang shrugs at the common American pronunciation of “toal” — is the right man for the job.

He has successfully worked in the different “worlds” he needs to pull together to spur economic development — academia, business, nonprofit labs and technological research. On the business side, he helped create several companies, including his own, and has attracted tens of millions of dollars of venture capital.

“I have (migrated between) academia, the technology industry, the ‘big science’ of a national laboratory, nonprofit organizations and entrepreneurial activities,” he said. “That is an unusual background and it helps me understand the various cultures and ‘translate’ between academia and industry, as well as work closely with state and federal government.”

Tolle has strong ties to industry and is a recognized expert in technology-led economic development in both the U.S. and Europe. His education is both technically and business oriented, as is his management experience.

For about five years, Tolle was the managing director and president of Virginia’s Center for Innovative Technology. CIT is an organization similar to the Washington Technology Center, but more strategic and larger, with up to $15 million annual funding. It was a national leader in technology-based economic development in the mid-‘90s. CIT was originally created to bridge universities and business, because, Tolle explains, “these two worlds traditionally have a hard time talking to and understanding each other.”

Tolle and Bates met at Virginia Tech, one of that state’s leading research universities and a leader in redefining the role of a university in terms of economic development. Bates asked Tolle to help WSU get started in identifying its own challenges and creating appropriate strategies and initiatives related to research and technology development.

“Mr. Tolle will help the university define its role in technology transfer and economic development; commercialize its inventions, intellectual property, and technologies; enhance its entrepreneurial culture; identify initiatives for closer relationships with businesses; and create regional economic development strategies to support the campuses,” Bates said. “He will also provide recommendations for developing the infrastructure and initiatives that will make it all happen. As part of the regional strategies, he will initially be giving special attention to the Spokane campus.”

But that’s not all.

Mindset change agent
Tolle understands that some of these issues are new to WSU and may be somewhat controversial. It’s a challenge he embraces. He therefore expects to be something of a diplomat and change agent, because another of his tasks will be to convince faculty, administration and staff of the importance of this issue for the future of WSU. He knows that not everyone favors forming bonds with private commercial interests. Involving a university in economic development is actually a complex issue, he comments, and opinions differ, with none that are clearly right or wrong.

“WSU will have to find its own answer to this question because it touches on the fundamental role of the university — should it play only the traditional education and research role or should it also become an economic-development engine.” Such “soul searching” is a healthy process, he says, and it will take some time.

Tolle’s own opinion is that universities should play a significant role in economic development and he intends to advocate that position. “I believe in partnering. It often leads to better research results. Partnering, in the sense of multi- and cross-disciplinary research, as well as relationships with industry, really is the future of innovation. Universities who figure this one out will be leading the country into the future.

“WSU can expect more political and social pressure within Washington to assume a leading role in this discussion, especially in bad economic times,” he remarked. Bates agreed, adding that this would be particularly so as WSU goes forth with its new regional/statewide campus plans.

Both Bates and Tolle believe if WSU is to pursue this, mindsets will have to change; people must be open to exploring opportunities and taking some risks.

“It won’t happen overnight,” Tolle asserted. “It will take a consistent effort, and I’d be very happy to explain and debate my vision with everyone.”

That fits with his initial strategy to meet as many key people as possible in a short period of time. He encourages anyone who is interested to talk with him.

Beginning the future today
The aspect of “technology transfer”—how WSU would commercialize its inventions or research — illustrates how complex the overall task can be. Tolle lists several issues for evaluation:
• how university leaders see commercialization and how committed they are to its success
• whether commercialization is a stated and understandable WSU goal
• whether the overall operation would generate goal conflicts (e.g., generating revenues versus generating sponsored research versus economic development within the state)
• whether the structure of WSU is appropriately aligned to support those goals
• how “success” for such an operation is defined and measured
• how the policy would affect day-to-day decisions (e.g., should the willingness to disclose inventions play a role in tenure decisions)

“One possible reason that commercialization would be a worthy goal is future relevance,” declared Tolle. “For a leading university, this simply must be part of the culture and mission. Other reasons could include more research dollars, a better brand/image which in turn leads to closer relationships with industry, attracting talented faculty and students and becoming a more powerful force within the state and in regions.” 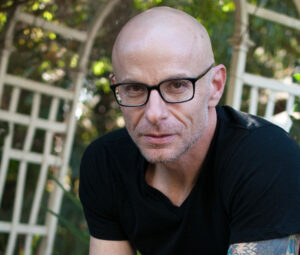