Susan Finley, professor of education at WSU Vancouver, has been awarded the Ormsby Award for Faculty Citizenship for her exceptional civic engagement in the Vancouver community.

Finley is an artist, scholar and public voice for democratic practices that involve children, youths, teachers and other citizens in problem solving initiatives. She has consistently engaged in individual and collaborative endeavors to address issues of poverty and homelessness. She has implemented community-based educational efforts with people living in tent communities, with street youths and among housed and unhoused economically-poor children and their families.

During her 17‑year career, she has devoted her teaching and research to community engagement, primarily through the At Home At School program (AHAS) she developed at WSU Vancouver in 2002 and continues to direct as part of her scholarly and service efforts. Since 2002, over 2,500 local students have participated in AHAS.

In a collaboration with Slow Food Southwest Washington, Finley involves students in the conceptualization, painting and circulation of mobile murals depicting food justice, local foods, food traditions among local immigrant communities and other topics of health and nutrition. In addition to her efforts to influence food policy and distribution, Finley assists Clark County Planned Parenthood staff and volunteers in their efforts to establish the Untold Stories: Using Stories to Transform Culture & Create a Narrative research project.

The award was created in 2013 to encourage, recognize, and honor exemplary civic engagement by faculty from each of the six public baccalaureates in the state of Washington and inspired by the many achievements of Representative Timm Ormsby.

Winners of this award embody service in the public interest, including:

Others receiving the award, along with Finley, include:

Recipients were nominated by the faculty senates at each of their institutions. 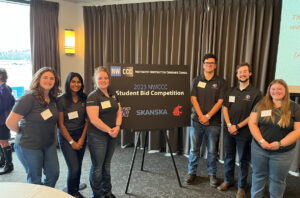