PULLMAN, Wash. – Stories about historic preservation, biofuels research, mycology and special education are among those that will be shared by faculty in a month-long exhibit celebrating open access that will open Oct. 19 at Washington State University.

In the early 1970s, Bill Lipe, professor emeritus of anthropology at WSU, and R.G. Matson of University of British Columbia started a long-running study of a southeastern Utah highland called Cedar Mesa, once home to ancestral Pueblo Indians. The pair directed surveys that gathered detailed information about a sample of over 800 archaeological sites.

Three decades later, Lipe posted the fruits of his and others’ Cedar Mesa work on Research Exchange (https://research.libraries.wsu.edu/), WSU’s institutional repository and a space designed to preserve and share scholarship produced at the university.

Cedar Mesa continues to be of great interest to archaeologists because its sites are well preserved and modern research methods can offer greater knowledge of North American prehistory. Posting the CMP data on Research Exchange makes previously unpublished materials about Cedar Mesa archaeology—including reports to both federal and private funding agencies, theses, dissertations and more—available to other researchers.

But more surprising is how the “CMP site on Research Exchange has also become a place where experienced amateur archaeologists now go to find information about an area they sometimes know intimately, as a result of having explored it for many years,” Lipe said.

“We don’t post specific site locations, so these people are not using the website as a guide to archaeological sites where they could dig up artifacts,” he said. “They are just interested in the information about the past that these sites represent, and they are as committed to preserving the integrity of the sites as I am.”

During Open Access Week and for three weeks after, WSU Libraries will run an exhibit in the Terrell Library atrium display case featuring Lipe’s story and those of other current and former WSU researchers discussing why they choose open access, either by participating in Research Exchange or publishing through other open access avenues.

Repositories like Research Exchange provide an important service as academic libraries around the world have been forced by rising subscription costs to reduce the number of journals they subscribe to.

“Open access services are working to provide an alternative to traditional publishing,” Anderson said. “The goal is to identify a more sustainable model for sharing research more widely—both within the academic community and with the general public.”

For the past four years, researchers from the Northwest Advanced Renewables Alliance (NARA) have explored ways to turn logging waste into alternative jet fuel and other products. Led by WSU and funded by the U.S. Department of Agriculture’s National Institute of Food and Agriculture, NARA-affiliated public universities, government agencies, private industry and interested stakeholders have authored a wide range of materials that support and evaluate this emerging field. 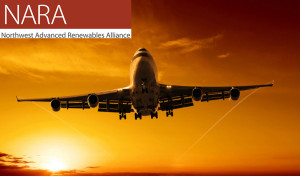 In fact, the work of NARA has drawn growing interest from the aviation industry seeking a viable alternative to conventional fossil fuel. Alaska Airlines recently announced it intends to fly a demonstration flight next year using 1,000 gallons of alternative biofuel produced by the NARA team and its partners.

NARA director Ralph Cavalieri plans to use Research Exchange to provide permanent access to the alliance’s research. As the project draws to a close, NARA representatives are eager to facilitate further engagement with the project’s research findings and educational materials.

“WSU Research Exchange allows for a centralized repository where all NARA materials can be properly archived and made accessible, long after the NARA project has ended, to researchers, industry, policy makers and the general public,” he said.

He works with the WSU Libraries to publish the journal using Open Journal Systems to receive, edit and post submissions to the website.

Authors submit manuscripts for several primary reasons, he said. Publication is free; manuscripts are subjected to blind peer review; illustrations can be color photographs, a prohibitively expensive option in print journals; and the journal is widely available to anyone with an Internet connection.

Without open access publications, the availability of peer-reviewed information on fungi might be restricted, especially for people at non-research universities.

“Open access is fundamental to all of the things we do because we want our information to be as widely and easily accessible as possible,” Glawe said. “WSU has been very fortunate over the years in having a good collection of journals and books that deal with mycology and plant pathology.

“Unfortunately, even here the high cost of journal subscriptions has eroded the quality of the collections at WSU, and at other colleges and universities the situation has been far worse for many years,” he said. “Open access publications are a great way to counter the pernicious effects of ever-increasing journal subscription costs.”

Amplifying the results of graduate work

Shannon Van Horn, who earned her doctor of education from WSU in 2011, is one of many graduate students whose work is posted in Research Exchange. In fact, theses and dissertations are the most popular content type in the repository, according to Anderson.

The 1,244 theses and dissertations in Research Exchange have been downloaded more than 430,000 times since 2011.

Van Horn’s dissertation, “The Principal’s Role in Managing Special Education: Leadership, Inclusion and Social Justice Issues,” has one added distinction: it is one of several graduate student publications that has been referred to often by Research Exchange users, tallying 1,500 views and 350 downloads in the last four years.

Two people contacted her after reading her dissertation on Research Exchange. A professor from University of Texas at Austin offered to collaborate with her on further research. A special education administrator wanted to know how Van Horn’s research could be used to advance inclusive educational practices.

“I thought both of these requests were very encouraging, exciting and affirming to my research,” Van Horn said. “I was gratified that someone was putting it to good use.

“I really appreciate that research is available through this format,” she said. “I used it to help guide my research and my practice in schools, and I believe others do as well. I was encouraged by knowing the numbers of times my dissertation has been viewed and downloaded, as I had hoped it would not just sit on a shelf never to be looked at again.”