PULLMAN, Wash. – If you’re having a tough time losing weight, you might consider how powerfully first impressions influence choices. According to a new Washington State University study, initial images of food in advertisements can determine the way we react.

“Our biology is primed to crave food that looks really tasty,” said Rachel Bailey, the study’s author and assistant professor at The Edward R. Murrow College of Communication. 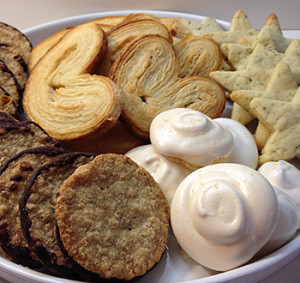 In the study, people viewed advertisements for food products that were introduced with different looks. Some foods were in branded packages that minimized certain “food cue” imagery – such as shine, texture or color. Others introduced the food with pictures that showed off these cues that signal tastiness.

The two-part study included 143 adult participants ages 18-38 who attend a large college in the Midwest. Reactions were gauged through “smiling” muscle movement measured through electrodes attached to the face, sympathetic nervous response measured through electrodes on the hand designed to index sweat accumulation, and direct dial responses rating the desire to eat the food over the course of ad exposure.

Overall, viewers were more drawn to images of food that looked the most delicious; they were subsequently more inclined to purchase these items, as well.

“We gravitate toward the food options that have the most appealing imagery because it signals nutrition and tastiness to us,” Bailey said. “The trick is to understand how to use this human predisposition to encourage healthier eating and potentially discourage eating less-healthy options.

“In the next phase of this ongoing project, I will be examining how packaging and its ability to restrict or enhance food cues can change purchase and consumption behaviors of a variety of different types of foods,” she said.

The study has been published in a special edition on biological approaches to communication in the journal Communication Monographs.