He will speak and take questions from the audience at 2 p.m. in the Compton Union Building (CUB) Auditorium on the WSU Pullman campus and at 7:30 p.m. in the Martin Woldson Theater at the Fox in Spokane.

In “Saving American Capitalism: The truth about jobs, prosperity and economic growth,” Hanauer will explain why capitalists should be the people most concerned about the staggering rise in U.S. economic inequality and the struggling middle class. He will offer free advice for creating prosperity and safeguarding the nation’s economic future – before growing inequality pushes society into conditions resembling pre-revolutionary France.

“I have been rewarded obscenely for my success with a life that the other 99.99 percent of Americans can’t even imagine,” Hanauer says. But he warns that the rising and unprecedented level of economic disparity critically threatens our capitalist democratic society.

He offers this message to his “fellow filthy rich:” Wake up – it won’t last.

“Nick Hanauer is one of the most thoughtful civic activists and authors of our day,” says Cornell Clayton, director of the Thomas S. Foley Institute for Public Policy and Public Service (http://foley.wsu.edu/) at WSU. “His ideas about American economic policy are controversial because they challenge the views of both political parties and the tired orthodoxies about how a healthy capitalist system works.

“Agree or disagree with him, he will force you to think,” Clayton said, “and he does it in a disarming and engaging manner.” 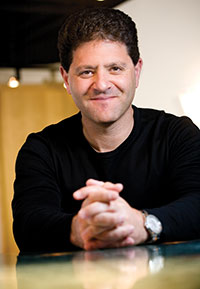 With over 30 years of experience across a broad range of industries – including manufacturing, retailing, e-commerce, digital media and advertising, software, aerospace, health care and finance – Hanauer has produced an unusual record of serial successes. He managed, founded or financed more than 30 companies, creating aggregate market value of tens of billions of dollars, according to his website, http://nick-hanauer.com/.

Hanauer is a co-founder and partner in the Seattle-based venture capital firm Second Avenue Partners, which provides management, strategy and capital for early-stage companies. He is actively involved in a broad variety of civic and philanthropic activities, including the League of Education Voters, a nonpartisan, statewide political organization focused on promoting public education.

He has been featured in a variety of publications and is a frequent commentator on radio and television shows examining politics and economics. His TED talk about “the true job creators” went globally viral in 2010, and another TED talk he delivered earlier this month (http://www.ted.com/talks/nick_hanauer_beware_fellow_plutocrats_the_pitchforks_are_coming) is gaining traction worldwide with more than 340,000 views.

With co-author Eric Liu, Hanauer has published two national bestsellers in politics: “The True Patriot” (2007) and “The Gardens of Democracy” (2010).