Learning from past failures

The time-honored adage, “red, right, returning,” in the United States communicates that red channel markers belong on the right, or starboard side, when a ship returns from the sea. Yet on March 24, 1989 – despite clearly defined traffic lanes in Alaska’s Prince William Sound and a vehement alarm sounded by the ship’s lookout – the Exxon Valdez plowed into Bligh Reef, generating national headlines and leaving a legacy of ecological devastation. 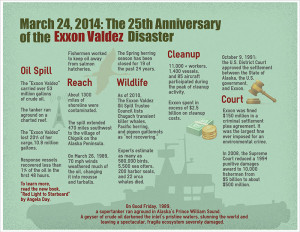 The final alert – “That light, sir, it’s still on the starboard side. It should be to port, sir” – inspired the book title. The catastrophe demonstrates circumstances – including a long sequence of unheeded warnings – common to other accidents such as the BP Deepwater Horizon explosion and spill, the collapse of the Upper Big Branch mine in West Virginia and the nuclear reactor meltdown at Three Mile Island.

Instead of focusing solely on the environmental aftermath, author Angela Day describes the coziness between legislators and the oil industry. She details the regulatory and supervisory failures that gave rise to the spill as well as related court cases.

Integrating facts and context, she recounts the complex history and politics encompassing oil development in Alaska. Her epilogue crystallizes lessons learned and changes enacted in the decades following the disaster.

Day also illuminates the personal consequences experienced by many whose livelihoods were dependent upon Prince William Sound. As oil flowed from the shredded bowels of the Exxon Valdez at a rate of 14,000 gallons per minute, Bobby Day (the author’s husband) readied his new 50-foot fishing boat for a herring season that would never open.

His story, woven through the text, gives voice to the 10,000 fishermen who struggled to hold Exxon accountable. It also highlights tensions that evolved within local communities and between citizens, corporate interests and government.

About the author, press

Author Angela Day is a doctoral candidate in political science at the University of Washington in Seattle who resides in Snohomish, Wash. Focusing on susceptible industries, her research evaluates when and under what conditions whistleblower protection laws have effectively increased safety.

A nonprofit academic publisher concentrating on scholarly books with a cultural or historical relationship to the Pacific Northwest, WSU Press is associated with Washington State University located in Pullman.