“Washington State University is deeply committed to aligning our university priorities with those of Washington as we define research access, educational quality and engagement,” Floyd said. “The talent pool is deep within our state, and we value the importance of having Washingtonians work on solving Washington problems.” 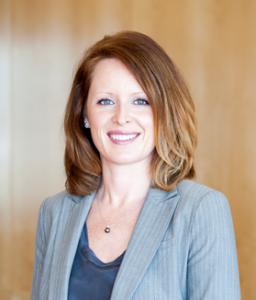 “As Washington State’s land-grant university and one of the largest state four-year universities in the country, WSU’s work in public policy increasingly includes engagement with governmental and non-governmental agencies, industry, private stakeholders and thought leaders, in addition to government officials at the local, state and federal levels,” Floyd said. “This change in title for Colleen better reflects the true and growing scope of WSU’s work in this arena.”

Paul Pitre, a professor of educational leadership at WSU and special assistant to the president for the past year, will become the first academic dean at Washington State University North Puget Sound at Everett as WSU prepares to take the helm for the University Center partnership.

“He enjoys strong support in North Puget Sound and has the academic credentials to effectively lead the University Center there,” said President Floyd. “His appointment as campus dean reflects our commitment to the strong partnership between WSU, the Everett and North Puget Sound community, and Washington State’s key industries.”

Lynne Varner, a seasoned journalist and editorial writer for the Seattle Times, will join WSU as associate vice president for public affairs and will be based in Seattle. “Lynne will bring her expertise, talents and knowledge in communications and media relations to WSU, adding strength to the solid team we currently have in place in Pullman,” Floyd said.

The reinvigorated WSU System site features updated university branding as well as a greater emphasis on visuals and social media.