Tickets cost $60.50; they cost $55.50 for WSU students, staff and faculty. Tickets will be for sale at the Beasley Coliseum box office and TicketsWest outlets, including http://ticketswest.com and 800-325-SEAT (7328). 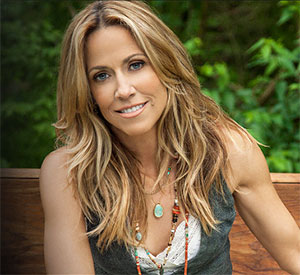 Crow has sold more than 35 million albums around the world. She has performed duets with musical luminaries such as Sting and Mick Jagger. She has released eight studio albums (seven in the top 10 charts, four of them platinum-plus), a quadruple-platinum greatest hits collection and a Christmas album.

Her most recent album, “Feels Like Home,” captures the sound of a great and established artist enjoying a fresh start. It features songs on which Crow collaborated with her longtime guitar player and frequent co-writer Jeff Trott (with whom she co-wrote such classics as “If It Makes You Happy,” “My Favorite Mistake” and “Every Day is a Winding Road”), as well as Nashville songwriters Chris DuBois, Luke Laird, Natalie Hamby and Chris Stapleton, among others.

Crow has a combined 40 top 10s on the Billboard Hot 100, Adult Top 40, Adult Contemporary, Mainstream Top 40, Triple A (with the most No. 1 singles among women in the chart’s 17-year history), and Hot Country Songs charts. She can also add a Top 20 solo country single to her long list of accolades: Her current single, “Callin’ Me When I’m Lonely,” is in the top 40 and climbing.