Both will receive the award during WSU’s Annual MLK Community Celebration at 7:30 p.m. Jan. 22, in the Compton Union Building’s Senior Ballroom. The event is free and open to the public.

The winners were selected among nominations sent by the community based upon their demonstrated altruism, community service, efforts to advance diversity, and educational commitment to inclusion.

Lutze joined WSU in 1995 and became an associate professor in the Department of Criminal Justice and Criminology in 2001. She is a founding member of the Minorities and Women section of the Academy of Criminal Justice Sciences and received the Academy’s Distinguished Service Award for promoting diversity in scholarship, teaching and criminal justice. She has produced numerous publications relating to human rights issues such as improving the criminal justice system, the evolution of domestic violence, and human trafficking.

Lutze helped start the Prison Debate Project allowing WSU students to collaborate on research with inmates at the Coyote Ridge Correction Center in Connell, Wash. She is widely-known for her community service with such groups as the Whitman County League of Women Voters, WSU’s McNair Achievement Program, and the Green Dot Program. Nominator Sisouvanh Keopanapay, academic advisor and internship coordinator in the Department of Criminal Justice and Criminology, said Lutze always strives to make other people feel included. “She is one of the people who helped me find my voice and build my confidence in this intimidating world of higher education.”

In her role as an enrollment counselor at WSU Tri-Cities, Lora helps students reach their dreams by earning a degree at WSU. According to nominator Jordyn Wright, a WSU financial aid coordinator, Lora is an advocate for all students, but has a keen interest in working with underrepresented students. She recently started an HB1079 coalition on the Tri-Cities campus, a group that helps undocumented students get into and succeed in college.

Lora recently took a mission trip to Bolivia where she helped build a church and volunteered at an orphanage. She is just as active back home, having volunteered with programs such as Cougs in the Community and the WSU Tri-Cities 25th Anniversary Committee.

“Her dedication to student success combined with her personal commitment to serving her campus, local, and world communities exemplify the values of the MLK Service Award,” said Wright.

A native of Vancouver, Wash., Wright is majoring in Human Development and Public Affairs at the WSU Vancouver campus. Serving first as a volunteer, Shain works as the Team Leader in the Student Diversity Center. Wright has shown leadership in many ways by providing trans-ally training to staff, being the lead organizer for V-Day, and co-chairing a team of over 100 students to promote Gender Neutral Bathroom Week (GNBW).

According to nominator Bola Majekobaje, advisor to the chancellor for Diversity and Community Engagement, the campaign transformed over half of the restrooms on campus to be gender inclusive. Shain was invited to present on the campaign at the Power of One Conference in Salt Lake City. “The workshop was excellent and it was great to observe students from other colleges being inspired to promote gender diversity on their own campuses,” said Majekobaje. Wright also volunteers for Triple Point, an organization that provides a safe place for LGBTQA youth in Southwestern Washington.

In May of 2013 Pall retired after 26 years of teaching law courses and serving as Coordinator of Business Law for WSU’s College of Business. She has practiced law in Moscow, Idaho since 1996 and served as an adjunct faculty member in the University of Idaho’s College of Law for many years. Linda’s efforts to promote social justice started as early as the 1970’s when she was appointed by Oregon’s Governor to serve on the first Oregon Women’s Commission. She is a longtime member of the Latah County Human Rights Task Force and was a prime mover in the creation of the City of Moscow’s Human Rights Commission.

She has received numerous awards for her work promoting diversity and continues to be involved as past chair of the Idaho State Bar Diversity Section, serving both as a frequent presenter and a member of the Section’s governing council. She is co-founder of the Section’s “Love the Law!” program created to encourage high school and college students from diverse backgrounds to consider careers in law. Nominator Nicholas Lovrich, WSU Regents Professor Emeritus, wrote, “In her teaching she has touched the lives of many students who have come to understand and be influenced by the vision of a more equitable and just society depicted in the writings and life of Rev. Martin Luther King, Jr.”

The mission of the Nigerian Students Organization (NSO) is to promote the awareness of the rich cultural heritage of Nigeria and foster good relations between WSU’s Nigerian students and the community at large. NSO does this in many ways including preparing and sharing authentic Nigerian cuisine, volunteering at events such as Palouse Walk to End Alzheimer’s, helping the elderly at Avalon Care Center, and donating books written by influential African writers to Neill Public Library. 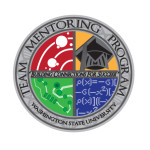 The Team Mentoring Program (TMP) was created in 2007 by The Office of Multicultural Student Services in partnership with the Colleges of Agricultural, Human, and Natural Resource Sciences, Arts and Sciences, Engineering and Architecture, and Veterinary Medicine. TMP’s purpose is to increase participation, persistence, achievement, and graduation of underrepresented minority students and women in the sciences, technology, engineering, math (STEM) and pre-health disciplines.

“Given all the turmoil and conflict in the news lately, it is easy to feel pessimistic about our world,” said Marc Robinson, chair of the MLK Celebration Planning Committee.  “But there are a lot of people and groups doing great work in their communities and it is an honor to help recognize the outstanding community service happening at WSU.”