PULLMAN, Wash. – Washington State University staff won six awards and a WSU Foundation communications director was honored as a rising star in the 2014 competition sponsored by District VIII of the Council for Advancement and Support of Education (CASE).

The district’s 130-plus member institutions from the Pacific Northwest and western Canada submitted more than 550 entries in the competition, which recognizes excellence in marketing and communications activities.

“All of these award-winning projects are the result of many talented colleagues university-wide working together every day to help tell the collective story about WSU and its role in advancing lives, industries and communities across the state and beyond,” said Trevor Durham, foundation associate vice president, university development. “We’re honored that our efforts are appreciated by our advancement industry professionals and peers.”

Teresa Koeppel, foundation director of marketing and communication, was named a “Rising Star.” The award honors a district member with three-five years of experience in the advancement profession whose early accomplishments suggest future career success.

“Each and every day, Teresa brings to bear a unique tapestry of creativity, adaptability, strategic awareness and focus that she deploys in a cooperative, professional and passionate way to advance the mission and efforts of the WSU Foundation,” Durham said.

“It’s one of the more industrious profiles I’ve done,” Sorensen said, “following Bob Woodward’s sentiment that you need to interview someone over and over to find out what makes them tick.” Sorensen’s efforts included reading two of Panksepp’s landmark books on affective neuroscience and conducting several interviews with the scientist.

A video produced to honor the Washington Grain Commission’s long-term financial contributions to support WSU grain-related research received a gold award in the category of fundraising and alumni relations videos. Durham and a University Communications video team consisting of Kevin Grote, Adam Ratliff and Adam Wallberg collaborated on the project.

The complete list of WSU’s winning entries and the staff who created them: 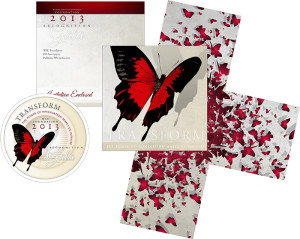 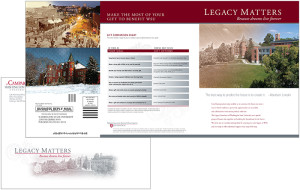