More than 400 books about the Holocaust have been donated to the WSU Libraries by an alumnus, who built his collection over the course of a half century. 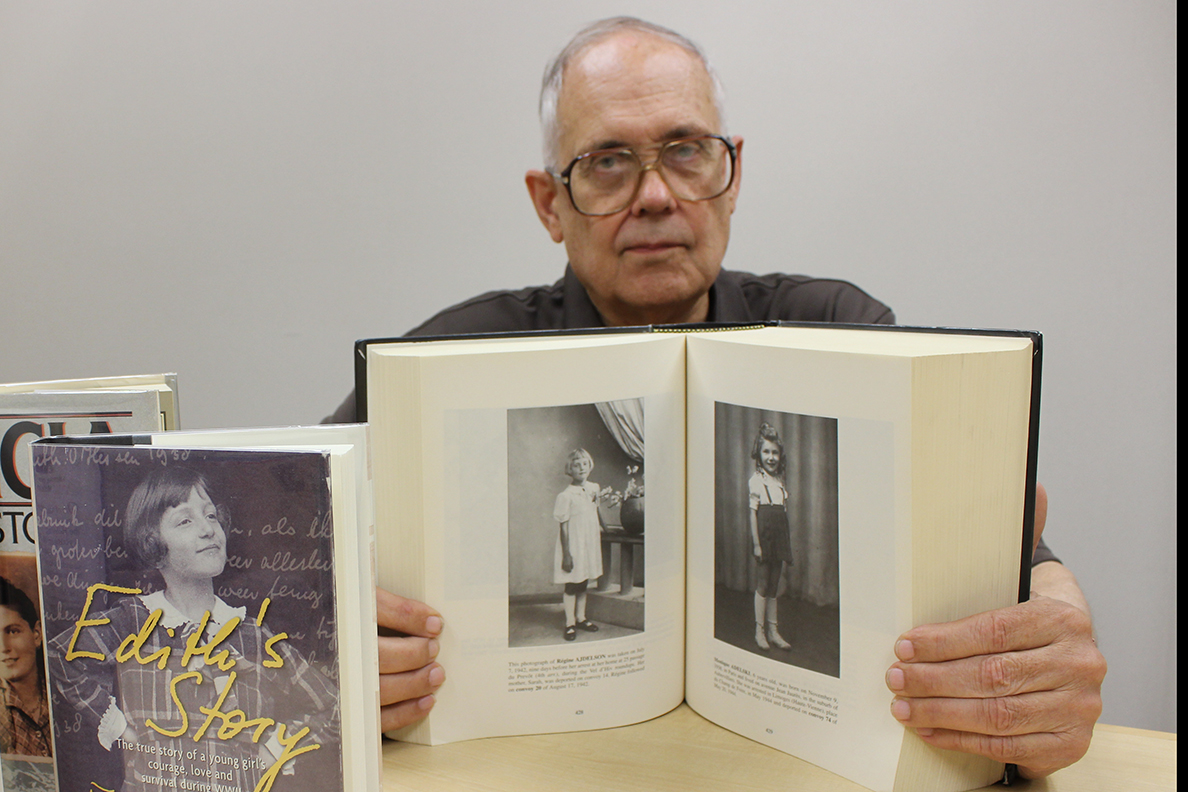 PULLMAN, Wash. – Guilt as an emotion that democratic regimes must adequately deal with in order to create inclusive and functioning social and political communities will be presented by Claudia Leeb, assistant professor of political theory and a 2015-16 humanities fellow, at 5:30 p.m. Tuesday, March 22, in Honors Hall Lounge. Refreshments will follow.

By Nella Letizia, WSU Libraries PULLMAN, Wash. – They were college students with lives Washington State University students might have today. Some studied medicine and did military service. One had a fiancé. One was a married father of three.

Washington State University has planned “A Week of Remembrance” March 7-10 in commemoration of the 60th anniversary of the liberation of Nazi death and concentration camps in Europe following World War II.“We hope to enable WSU students and members of the campus and town communities to explore the experience, moral dilemmas and legacies of the […]

Provost and Academic Vice President Robert Bates announced that Washington State University is joining with the University of Idaho and the cities of Pullman and Moscow in observance of the 60th anniversary of the liberation of Auschwitz, a Nazi concentration camp in Poland.  A Kadish prayer will be recited at 11 am Tuesday, February 1, […]