PULLMAN, Wash.—Washington State University will introduce five recipients of this year’s Martin Luther King, Jr. Distinguished Service Award at a ceremony in the CUB Senior Ballroom at 6:30 p.m. on Jan. 26.

The award is given out each year to individuals or groups within the  Washington State University community who have demonstrated altruism, community service, efforts to advance diversity, and an educational commitment to inclusion.

Since arriving at WSU in 2005, Shirazi has been instrumental in building a diverse, world-class faculty in the School of Electrical Engineering and Computer Science (EECS), one of WSU’s most rapidly growing areas. The Huie-Rogers chair professor stepped down in December 2016 as the director of EECS to lead the School’s new Community Health Analytics Initiative (CHAI). His many accomplishments include helping EECS’s Power Engineering Program become recognized as one of the top three programs in the world. He provided leadership for the development of a new software engineering program and the creation of new graduate degree programs to better meet industry needs. In his department, he is known for his outstanding leadership, mentoring, and for taking special interest in his faculty, staff and students. Nominator Barbara Lyon, an EECS fiscal specialist, said he has fostered an environment in which diverse people thrive and feel highly valued. “He has gained the respect of his colleagues and peers for his exemplary character, integrity, as well as his honesty and ethical stance,” she said.

Through Ericsson’s work with College Success Foundation students and Passport Scholars, she advanced diversity in powerful ways by making WSU a welcoming place for students traditionally excluded from higher education. She specializes in helping first generation, low-income, and foster care students, often serving as one of their initial contacts when they arrive on campus. Nominator Karen Weathermon, director of First-Year Programs, has observed the difference Ericsson’s hands-on mentoring makes in the success of these students. “They graduate from WSU despite some very significant personal challenges,” she said. “It’s a testimony to Sharon’s unwavering and active encouragement, connecting them to resources and mentors, and encouraging them to see their potential in new ways.”

After violence forced him to flee his home country of Burma and spending years in a refugee camp in Thailand, Ma Thu Sha La has been building a new life in the Tri-Cities, Wash. Since 2011 he had been living in a cramped apartment with his wife and three children. Thanks to Ellis and Habitat for Humanity, his family now has a home they can call their own. Ellis served as project leader for the construction of the home, otherwise known as “Coug House”.  His group of WSU faculty, staff and alumni collectively donated over 1,250 hours to the project. 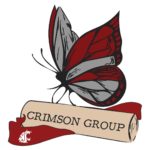 Crimson Group provides a peer network for its members and promotes higher education to undocumented communities on and off campus. It hosted the inaugural UndocuQueer Conference in the fall and reaches out to hundreds of undocumented high school students across the state.

Family Promise of the Palouse

Family Promise of the Palouse’s motto is “ending homelessness on the Palouse, one family at a time”. By coordinating the resources of 27 congregations of various faiths, they provide temporary housing, meals, transportation and daycare for those in need. Since it was established two-and-a-half years ago, it has assisted 34 families.

The awards will be presented during the 30th Annual MLK Community Celebration, a free event open to the public. Charlene Carruthers, a community organizer, writer, and advocate for social justice and feminism, will give the keynote address. To learn more about Carruthers and all WSU events planned in recognition of Martin Luther King, Jr.’s birthday, visit mlk.wsu.edu.